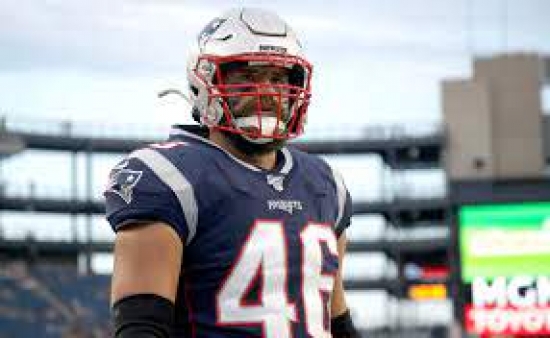 James Develin was undrafted from Brown in 2010 and bounced from the Oklahoma City Yard Dawgz of the Arena League to the Florida Tuskers of the United Football League before he landed a spot on the practice squad of the Cincinnati Bengals.

Develin was with Cincinnati for a year before the New England Patriots signed him in 2012, where he saw one game.  He eventually made it permanently to the New England roster, used for his blocking skills in Bill Belichick’s system.  He would help New England win three Super Bowls and was named to the Pro Bowl in 2017.

Should James Develin be in the Hall of Fame?