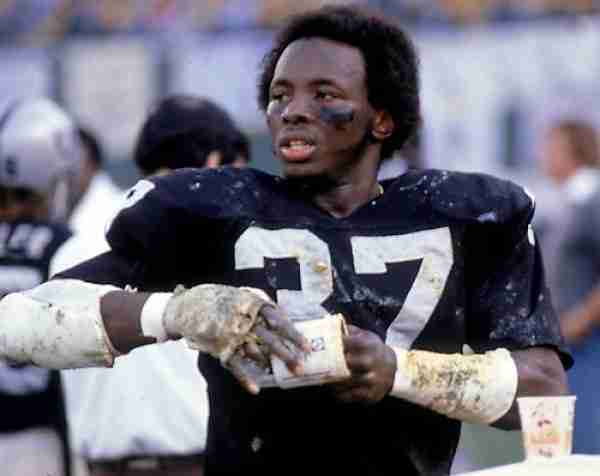 Lester Hayes is best known for two things.  The first was in 1980 where he had 13 picks and won the Defensive Player of the Year award. The year after the “Lester Hayes” rules were put into effect banning players from the use of “stickum”, an adhesive that Hayes was using to get a better grip on the ball.
Hayes’ 1980 campaign was so good that it overshadowed many of the good seasons he had after.  Had he had another monster year, perhaps he would not be seeing his chances diminish as appears to be happening now.

Should Lester Hayes be in the Hall of Fame?

Should Lester Hayes be in the Hall of Fame?

-8 #5 Chris Kyles 2016-08-29 17:11
Hayes should definitely be in the Hall of Fame, and it's ridiculous that he's been excluded. He was an amazing cover corner, one of the best ever. Stickum didn't make him great, his ability to shadow receivers, read routes and read QBs did. And for those claiming he "just had Mike Haynes on the other side", Haynes didn't come to the Raiders until '83, so the majority of Hayes' great seasons were without Haynes. Hayes was great all by himself
Quote
+8 #4 cka2nd . 2015-08-10 17:57
I tend to agree with Robert that Hayes is a borderline case (Thomas, too, in my opinion).

Mr. Wright, Williams and Green both made more Pro Bowls than Hayes, including at an age older than when Hayes retired, and neither of them ever had anyone close to Mike Haynes covering the other wide receiver. As for LeBeau, I have to believe that he qualified for the Hall for the combination of his playing and coaching careers.
Quote
-7 #3 Joseph Wright 2015-05-02 06:24
It is ridiculous that players less dominant at the corner position since he has been eligible have gotten in (e.g., Aeneas Williams, Darrell Green, Emmitt Thomas, Dick LeBeau). What's worse, a guy he shut down regularly, Art Monk, got in for padding his stats on a bunch of hitch passes.
Quote
-6 #2 Steve Dion 2014-08-05 22:49
How many Defensive Players of the Year are not in the Hall. It's a joke he is not in he dominated his position when he played. PUT HIM IN!!!!!
Quote
+5 #1 Robert 2012-07-14 16:20
Another borderline case to me. He had that great season, but only 1 other one in which he had more than 4 int. And it couldn't be that teams always threw away from him, because Mike Haynes played the opposite side. I always saw him as a really good player, but not a great one.
Quote
Refresh comments list
RSS feed for comments to this post