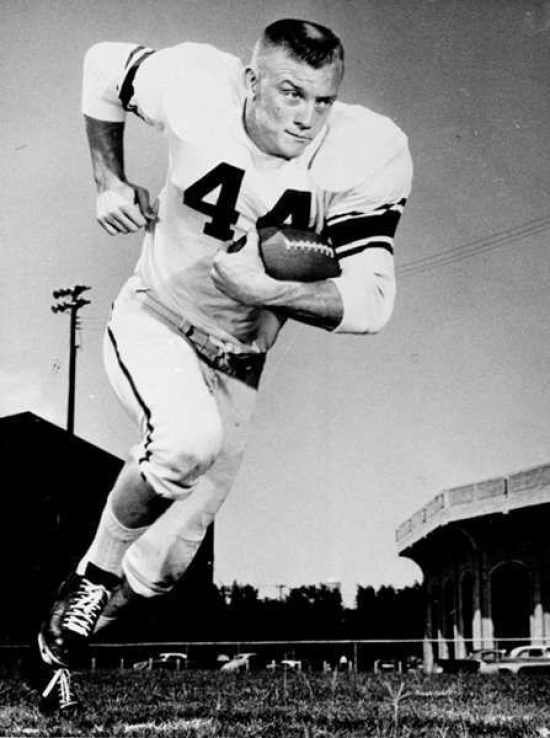 The winner of the 1957 Heisman Trophy at Texas A&M, John David Crow, would be drafted 2nd overall by the Chicago Cardinals and would blossom into one of the most versatile offensive players of his era.  Used at Halfback, Fullback, and Tight End over his pro career, he played half of his career with the Chicago (later St. Louis) Cardinals and the San Francisco 49ers, but he never was blessed with a loaded group around him as most of his teams were not particularly good.  Crow was, however, very good, and depending on the offensive need of his team, he was able to adapt effortlessly.  A four-time Pro Bowl Selection, Crow scored 74 Touchdowns, splitting them via rushing and 35 from the air.  He would have 8,662 Yards from Scrimmage over his career, which is a great number for the 1960s, a decade in which he was named to the 1950’s All-Decade Team.

Should John David Crow be in the Hall of Fame?