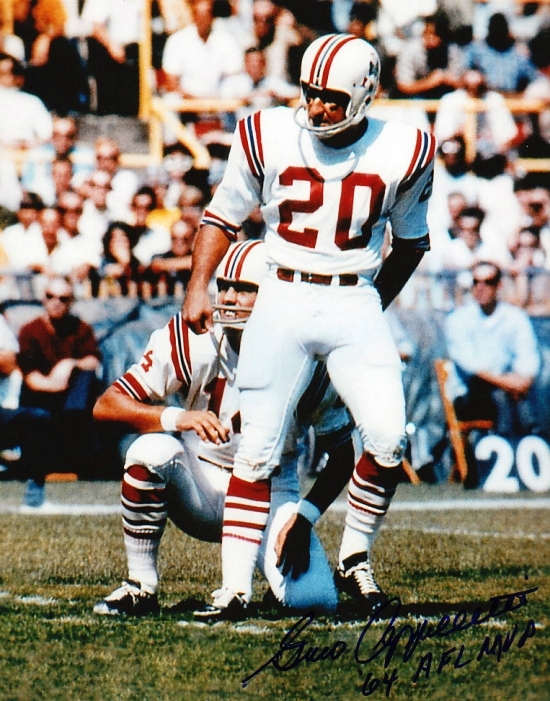 The New England Patriots would have a lot of talent come wear their uniform, but only one of them would have the nickname of "Mr. Patriot."

The road to the pros was a long one for Cappalletti as he went undrafted in 1955 after an excellent college career at the University of Minnesota and would play semi-pro for a few years.  The creation of the American Football League in 1960 would create opportunities, and Cappelletti signed with the Boston Patriots, where he was hired as a Kicker and Cornerback.  He would find a perfect home on the East Coast, and over the 1960s, he would be the team's permanent kicker and would three times lead the AFL in Field Goals.  That, however, was not the only job that Cappalletti would have for the Pats.

Cappelletti moved away from the defensive side of the ball and would also play at Flanker and Split End, and over his 11 seasons in Boston, he would accrue 292 Receptions for 4,589 Yards and 42 Touchdowns.  Four of his seasons would see him finish in the top ten in Receiving Yards.

Scoring TDs, Field Goals, and Extra Points, Cappalletti would retire by far as the franchise leader in points, though Adam Vinatieri since eclipsed that.  He is, however, the All-Time leader in Points Scored for the AFL, a record we feel certain anyone, Vinatieri included, can never touch.

Should Gino Capelletti be in the Hall of Fame?