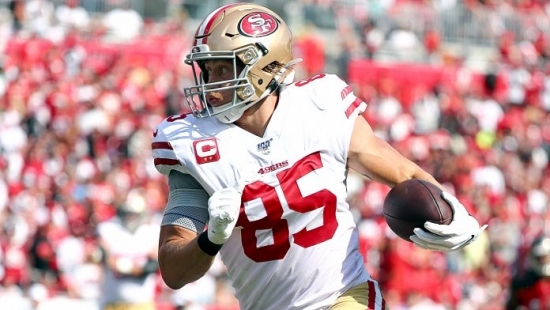 George Kittle is over the AV/G for Tight Ends, but four years does not a Hall of Fame career make.  A First Team All-Pro two years year, Kittle is considered by many to be the top Tight End in the NFL, and if he can hold on to that (or stay in the top two) for a few more years he could be a future Hall of Famer.  Playing only eight Games last year due to injury likely caused Kittle a significant jump.