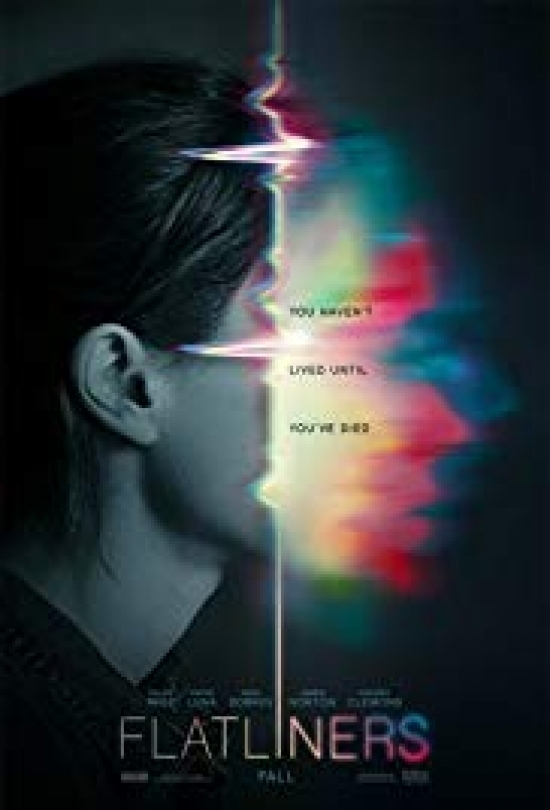 Well, my little brother aka “The Chairman” has been after me for years to contribute to his website (NotinHalloffame.com). As I am not really a sports aficionado, I always felt that I did not have a view or opinion to place in this forum. However, after many, and I mean many years of persistence and continued demonstrations that this is not only for those fans of various sports and music, but also a home for many disparate reviews, commentaries and discussions, I have relented and decided to provide a contribution.

As “The Chairman” is a die hard fan of music and sport, I am just as much a fan of movies and television. I am talking the good stuff, the classics or near classics, not the Mystery Science Theatre, Jeffersons’, or Kung fu movies that my brother watched for his formative years, but quality programming! However, I must admit, after a career of 29 years in the military and being posted or deployed in many disparate locations, one of our “downtime pastimes” was to watch whatever we could get our hands on. I have learned to appreciate a film or show on many levels; it could have great acting, CGI, script actors, or even gratuitous sex or violence. Any of those categories would ensure that the film or show entertained me. That is the bottom line, was I entertained enough to watch it to the end!

For my first kick at this, I will take a look at the latest remake of Flatliners (imdb - https://www.imdb.com/title/tt2039338/?ref_=nv_sr_1?ref_=nv_sr_1) . IMDB does provide a synopsis of the film which in short is: A medical student is enthralled with finding the secrets of the afterlife, and will attempt to not only kill herself to find out what is on the other side, but also hopes to return to talk about it.” Or as they are all medical students, write a definitive paper for their medical journals and become the next Doctor Oz or be a guest on Oprah or Ellen. Either way, the plot is Die, Live, talk about their secrets and repeat…oh yeah, then repent.

I thoroughly enjoyed the first film (1990 – Starring Keifer Sutherland, Kevin Bacon, Julia Roberts, Oliver Platt and William Baldwin) and was looking forward to giving this movie a try. The original was dark, enthralling, and made you think. The added bonus was that for its day, the cast was dynamite.  They were all up and comers and were looking for something that was a little darker then what they had been playing to date (i.e. Footloose, Pretty Woman, Young Guns, Working Girl, or just being one of the Baldwin clan) Like with many remakes, this attempt and I will say attempt was lacking when compared to the original. The cast (Ellen Page, Diego Luna, Nina Dobrev, James Norton and Kiersey Clemons), while talented in their own right, did not seem to pull of the edge and darkness of the original movie.

As alluded to above, the main plot of the film is discovering if there is an afterlife. The student doctors each (in this case 4 of them) for all intents and purposes have an assisted suicide, and they depend on each other and the superstar intern “Luna – Ray” to bring them back. While they are “Flatlined’ they each experience different aspects of their past, while at first, it all seems very positive, touchy-feely if you will; it always ends up on a darker secret or event of their past. When they are brought back, they seemed more alert, in-tune with their surroundings and amped up. (This is a new take from the original) However, something dark is also brought back with them as they all start to experience hallucinations (a previous love-affair gone wrong, a case of cyber bullying, a horrific accident and a fatal error in the hospital) that continue to haunt them.

This remake also seemed to gloss over the “sins” that were committed or bring them into the current era and try to add special effect when perhaps none were needed. When Baldwin was making sex tapes of his conquests, he was genuinely creepy, while Clemons dissemination of her victim’s photos was definitely wrong, it did not make me dislike the character. Also, who could forget Keifer Sutherlands fight with himself, he truly was agonizing over his bullying that caused a child to die.  For much of the film, I was trying to figure out how far his bullying went. This new version gave up the secrets way to early.  The original made me think about what is going on and maybe even comparing it to my own childhood transgressions and if atonement was required. The original brought you along for the ride as you tried to find out what they had done that was so bad, and rooted for them to atone for their sins. The new version was empty, maybe because I liked the original a great deal, or maybe I was trying to compare the characters too much. Regardless, it felt that there was something lacking.

What this movie could have used is having Keifer’s role be more integral to the plot. Could you imagine if he came in during the last revival scene, save the day while giving a lecture on morality and doctor’s with god complexes?!? At least you would have had some serious emotion and gravitas…but alas, he was misused.

In short, we felt that this film was found missing chemistry.  The delivery felt too wooden and did not flow with emotions, it appeared to depend too much on the special effects to help you get there. The delivery was slow and sometimes sputtering like my old 73 Ventura. My wife and I even joked about what the main characters had played in other movies/shows and how it could fit in. For example, when Nina Dobrev (Marlo) was experiencing her penance my wife uttered that Damian from “Vampire Diaries” would never had let this happen! He and Stefan would help her!

I also waited for Ellen Page to go through the walls or floors to be chastised by the Wolverine for using her powers unsupervised. They are all talented actors/actresses, but I found the delivery wooden and stilted. If the movie was more action packed or riveting, the little side comments/jokes or barbs would never have happened.

Bottom line, were we entertained while watching this film?…we have to say barely. We managed to watch it to the end, even watched a few of the extras on the blu-ray, but not because we were really interested, just because I did not want to get enthralled with another show before bedtime. So our score is….

Remember, all movies or shows can have something going for it, but the bottom line, is ensure you are entertained! If not, then you are just wasting your time!