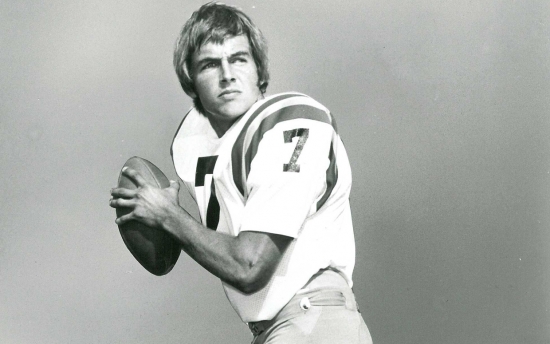 No one can deny that Football is probably the most loved sport in the US. We all love watching it, betting on it, and keeping up to date on how our favorite pro football players are doing. However, some superstars and much loved celebs have had a career in Pro Football at one time or another, and who can blame them, who doesn’t want to have a chance on the field.

As much as it is a very loved sport, this sport is also probably the heaviest bet on sport in America, which means it is a big buck game, with fantastic sites like www.fanduel.com giving you all you need to win some cash on the next big game. You can place bets on who will win, by how much, and you can even bet on more player specific factors.

The real question is, how many of today’s stars had a football career?

You may know this man from the popular reality television series ‘Duck Dynasty’. However, while he was in high school, he had the opportunity to attend Louisiana Tech in Ruston as a quarterback on a Football scholarship in the late 60s. He played the first-string quarterback for the Bulldogs, ahead of Pro Football Hall of Famer Terry Bradshaw. He was considered to be a top prospect for the NFL, but instead he chose to follow his true passion, hunting.

You may know his man for his famous performance as Special Agent Leroy Jethro Gibbs in NCIS. However, he is also the son of the former Heisman Trophy-winning quarterback Tom Harmon. His father was the first overall selection by the Chicago Bears in the 41 draft. He declined their offer and instead played for the New York Americans in the American Football League.

Mark followed in the footsteps of his father when he was in college, where he played the same position for UCLA for about two years. In 73, he received the National Football Foundation's Award for All-Around Excellence. However, when graduated, he pursued a career in law and then became a very successful actor.

Ed is best known for his role as the main character on ‘Married… with Children’. He earned two Golden Globe nominations for this sitcom alone, and many fans will also remember his role as Jay Pritchett in ‘Modern Family’.

However, before he became an actor, he attended Ursuline High School and earned a football scholarship at Ohio University, he then earned an invitation to the Pittsburgh Steelers training camp in 69. Yet, he didn’t make the cut.

Terry is well known for his role in ‘Everybody Hates Chris’ as well as some commercials. He earned an Art Excellence scholarship, followed by a full-ride athletic scholarship as a footballer at Western Michigan University. He played a major role in his team, WMU Broncos, Mid-American Conference Championship victory in 88. Furthermore, he also signed with the NFL’s Los Angeles Rams in 91.

Before Dwayne made his title as a real Hollywood superstar, he was crushing on the gridiron for the Miami Hurricanes. He played on the defensive line and was part of the 91 squad that won the national title- a team that also included the future Pro Football Hall of Fame player Warren Sapp.

He did not get drafted into the NFL, and he spent some time with the Calgary Stampeders in the Canadian Football League. He leveraged the experience in his HBO series ‘Ballers’ in which he portrayed a star NFL player transitioning into a financial management career.

Of course, ‘The Rock’ was also known for being one of WWE’s biggest starts. Football was not his only sporting stardom prior to his acting career.

Burt Reynolds became a big movie star, however, things would be very different if he stuck to his first career- football. He was first team all-state at Palm Beach high school, and he went on to play running back at Florida State. He was injured during his freshman year and was then later in a car accident that aggravated this injury, which ended any chance for him to have a football future. He finished his time with the Seminoles with just 146 rushing yards and two touchdowns, however, he still has a spot in the Florida State Hall of Fame. He later got a chance to combine his acting passions with his football passions in ‘The Longest Yard’.

More in this category: « Saddest Upsets in Preakness Stakes So Far How Can Playing Games Improve Your Health? »