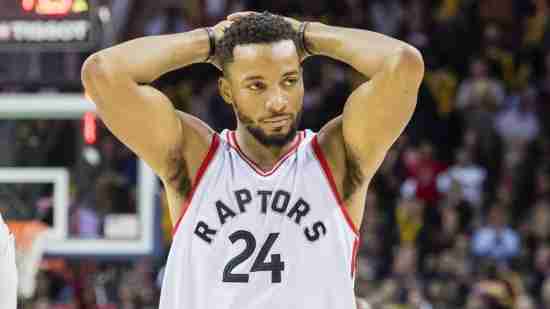 Norman Powell was taken by Milwaukee (who traded him to Toronto) in the 2nd Round in 2015 after a good college career at UCLA.  Powell would earn decent playing time early in his career, mostly playing off of the bench, but was efficient in that role, which was his first four seasons.  "Stormin" Norman was clearly due for more playing time, and he was a nice cog in the puzzle that won the 2019 NBA Championship.

Following the title win, Powell moved into a starting role at Shooting Guard.  Powell, who had never averaged 10 Points per Game in a season, blossomed in the role, improving to 16 PPG, and raising his True Shooting Percentage to over .600.  He was doing even better in 2020-21, averaging 17.7 Points per Game, but the struggling Raptors traded Powell to Portland.