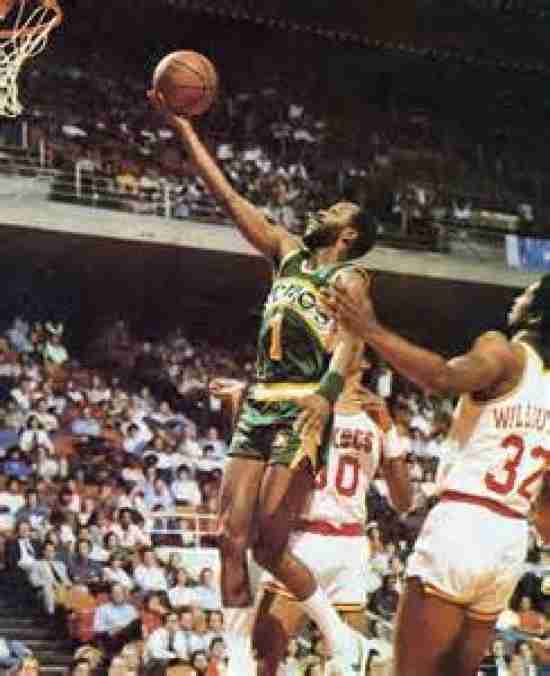 Signing with Seattle as a Free Agent, Gus Williams became a top scorer in the NBA.  Williams would watch his numbers climb in the first three years and would have likely saw an increase in the fourth season had he not sat out the entire campaign due to a contract dispute.


Returning to Seattle, Williams play continued to rise, going to two All Star Games with a significant increase in his Assists numbers.  Williams would have his number retired in 2004, twenty five years after he led Seattle to a championship.