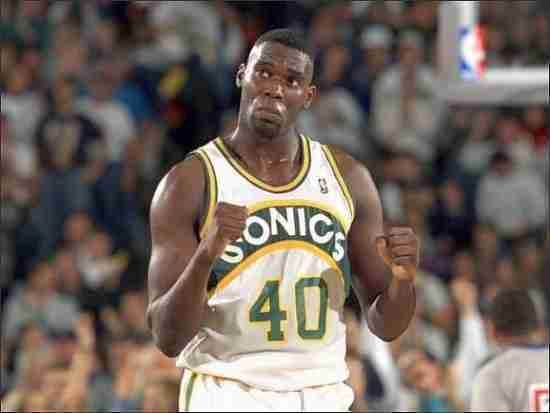 Dubbed the “Reign Man” by the Seattle faithful, Shawn Kemp was best known for his many kids with multiple women as he was for his on the court skill.
A former first round pick, Shawn Kemp did not dazzle immediately but by his fourth season he would begin a string of six consecutive All Star Games (the final one with Cleveland) and would also have three selections to the Second Team All NBA roster.  Kemp’s highlight in Seattle was taking the franchise to the NBA Finals in 1996.  He would also average a double double for six seasons.