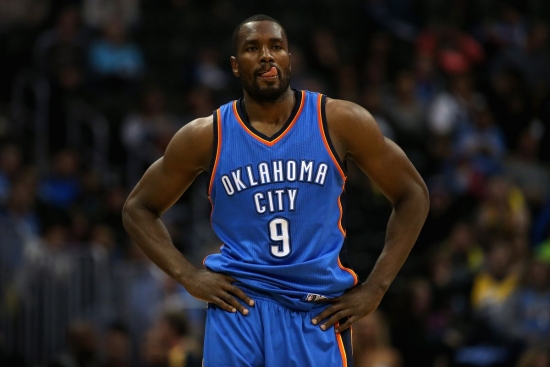 From the Republic of Congo, Serge Ibaka fine-tuned his craft with the Oklahoma City Thunder, where he would become one of basketball's most prolific blockers.

Ibaka was drafted 24th in 2008, but he would continue to play in Spain for another year before he joined the NBA.  The Thunder were patient with their young Center, and he would become their starting Center in 2010-11 and would average 2.4 Blocks per Game.  In the next three seasons, Ibaka was regarded as the top defensive Center in the NBA.  The big man would win two Blocking Titles (2011-12 & 2012-13) and was a First Team All-Defensive Selection in all three years.  Ibaka’s scoring would also improve as he would post at least 12.6 Points per Game in his last four years there before being traded to the Orlando Magic.