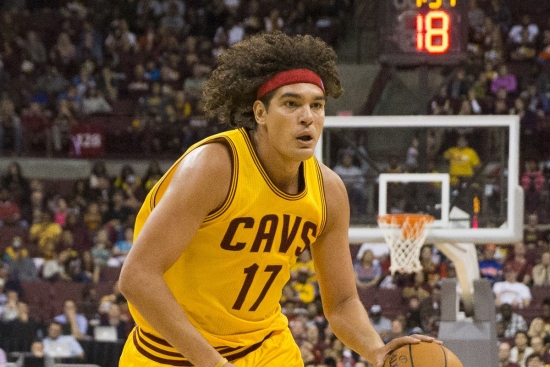 From Brazil, Anderson Varejao arrived in Cleveland as part of a trade a month after he was drafted (by Orlando) and it is safe to say that the big man exceeded every expectation that anyone could have had for him.

Varejao would become a fan-favorite in Cleveland for his tenacity and signature curly mop of hair.  The Center/Power Forward would find a perfect role in the LeBron James led the team, and he provided sound defense over his career.  The Brazilian would play 591 games for the Cavaliers and four times he would finish in the top twenty in Defensive Box Plus/Minus.  Varejao would average 7.5 Rebounds per Game over his career, and he would be named a Second Team All-Defensive Player.

While Anderson Varejao was never a star, he was an integral part of many successful contending teams.  He wasn't with them when they finally won in 2016, but he was on the other side in the Finals, Golden State as he was traded to Portland (and subsequently waived) in February that year.  Varejao may not have been a Cav when it happened, but he helped lay so much of the groundwork it was like he did.