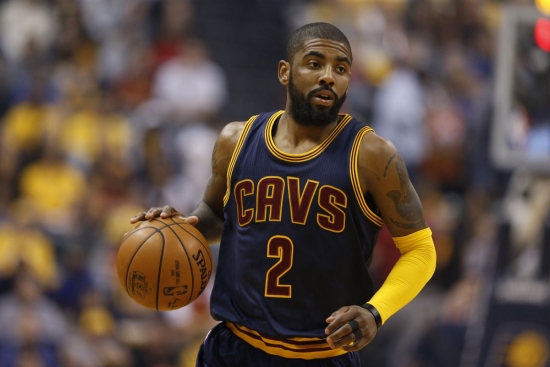 The Cleveland Cavaliers struck gold when they landed the #1 Draft Pick in 2003 so that they could draft their home state hoops prodigy, LeBron James.  After James left, the Cavs were blessed by the lottery Gods again in 2011 when they won the draft to pick first and choose Kyrie Irving, who was the consensus best player in the draft.

Irving lived up to the hype averaging over 18 Points per Game winning the Rookie of the Year and he would follow that up with three 20 PPG seasons, all of which would see him earn All-Star Game selections.  Irving had proved that he was a bona fide star in the NBA and LeBron game back to Cleveland with the team adding Kevin Love in Free Agency and a "Big Three" was formed on Lake Erie.  The triumvirate would take the Cavs to the Finals in 2015, but Kyrie was injured in Game 1 of the Finals, and they would go down to the Golden State Warriors.

That injury would keep the Point Guard out of action until mid-December, but he returned and helped the Cavaliers won their first NBA Championship in 2016.  Many thought that Kyrie was the best player in the Finals and he followed that up in 2016/17 with a 25.9 PPG, his highest ever in Cleveland, and he again helped them reach the Finals.

Sadly, for the fans of the Cavaliers, Cleveland was not the city for Kyrie as he requested a trade and went east to Boston where he could be a team leader.