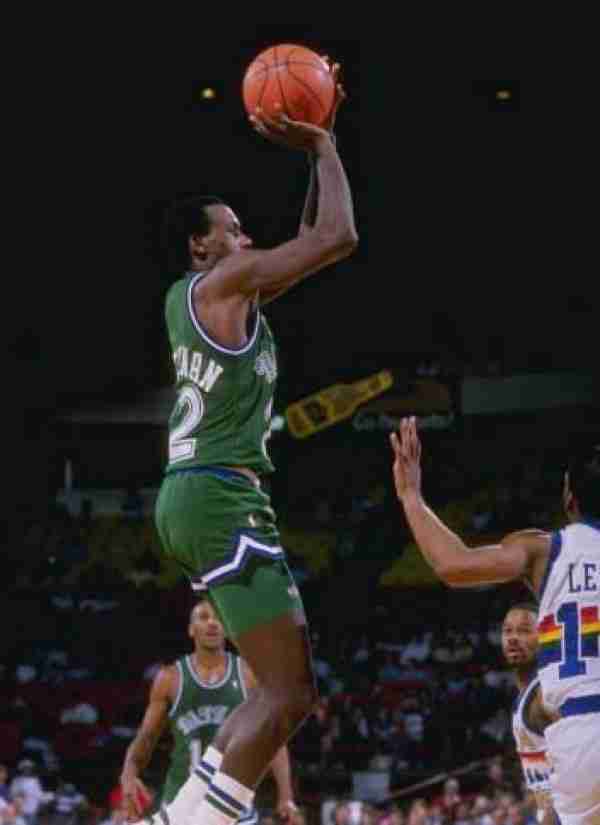 Rolando Blackman is one of the great outside shooters in the history of the league.  A great career at Kansas State led to him being taken 9th overall by the Mavericks in 1981 and his 17,000 career points and an 18 point per game average showed that same ability in the pro ranks.  What is lost is how much of a great team player Rolando was.  He teamed with Mark Aguirre and Derek Harper to turn Dallas into a basketball contender in the 80s.  His two free throws after the buzzer in the 1986 All-Star game while all of the players from both teams watched and laughed was a signature moment for one of the most underrated players of the 80s.
After the Mavericks traded Aguirre, Dallas slowly started to disintegrate.  Blackman was shipped to the Knicks in 1992 and was a key element of their success the next two years.  Pat Riley finally admitted after years that sitting Blackman in favor of John Starks in the last two games of the 94 NBA finals was the biggest mistake of his career, and one he still regrets.  The Knicks lost that finals and was ironically Blackmans last game of his stellar career.  Rolando Blackman is truly one of the most underrated players ever and deserves to be considered for the Hall but you know he would trade that for a chance to play in those two games and win that title.


Should Rolando Blackman be in the Hall of Fame?

Should Rolando Blackman be in the Hall of Fame?