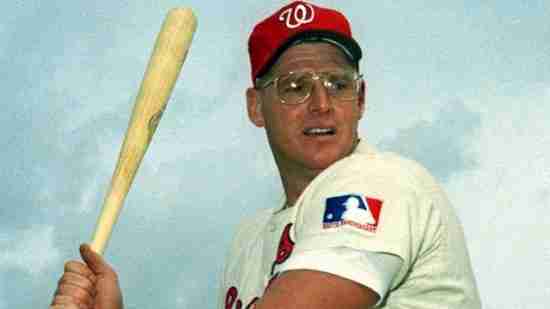 If this were based on accomplishments only when the franchise was based in Washington, slugger Frank Howard would easily hold the top spot.


Howard was the bright spot on some week Washington Senator teams, but he would give the fans reasons to cheer, winning the Home Run Title and blasting 40 Home Runs three consecutive seasons.  He would also show very good plate discipline with two seasons over .400 in On Base Percentage.  As a Senator, Howard finished in the top ten in MVP voting three times.

0 #1 Kevin Shay 2020-01-24 06:40
Howard deserves to have his own page as someone who should receive more consideratio n for the Hall of Fame. He played in a pitchers' era but still hit more HRs [382] and had a higher OPS+ [142] than many in the Hall of Fame.
Ted Williams noted that Howard crushed the ball and was "without question the biggest, strongest guy who ever played this game." In the pitcher’s years of 1967-71, Howard hit more HRs than anyone in MLB despite playing in tough-hittin g RFK Stadium.
The lowly Senators did not have another slugger to protect Howard. In 1960, Howard hit a home run an estimated 560 feet at Pittsburgh's old Forbes Field. He made the All-Star team four times and was HR king twice. He was on a World Series champion and coached numerous years.
Howard deserves to be in the baseball hall
if Schalk [.253 career BA, 11 career HRs], Tinker [.262 career BA, 31 HRs], Mazeroski [.260 career BA, 138 HRs], Rizzuto [.273 BA, 38 HRs], and others are.
Quote
Refresh comments list
RSS feed for comments to this post