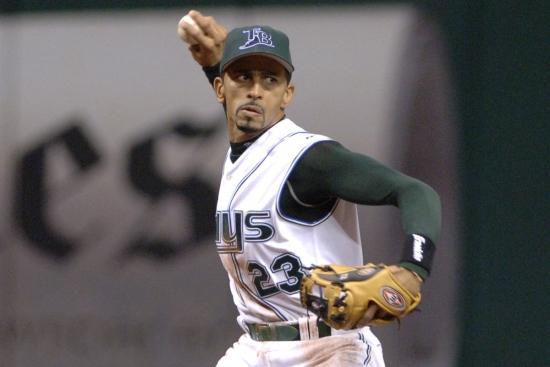 Julio Lugo played for Tampa after the Houston Astros released him early in the 2003 Season.  It turned out to benefit both Lugo and the Rays, as he would be their starting Shortstop for the next three seasons.

In 2003, Lugo would lead all American League Shortstops in Range Factor per Game and would have 15 Home Runs with a .275 Batting Average.  That was the same metric the Dominican would have in 2004, and he would raise that to .295 with a career-best 182 Hits in 2005.  He again finished first among his league peers in Range Factor per Game.   Lugo was batting .308 before he was dealt to the Los Angeles Dodgers at the 2006 trade deadline and overall would have 550 Hits with a .287 Batting Average.

He would later win a World Series Ring with the Boston Red Sox in 2007.