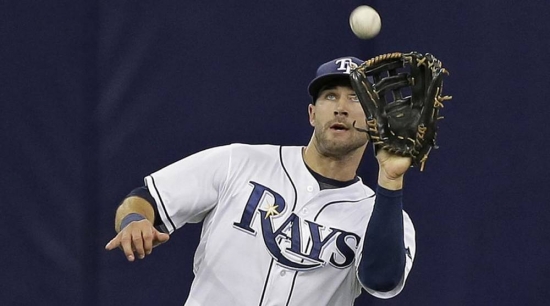 Kevin Kiermaier is with the Tampa Bay Rays as of this writing, which is to date the only Major League team he has ever played for.

The fact that Kiermaier even made the Rays was inspiring enough as he was drafted in the 31st Round in 2010.  While he was not a star with his bat, Kiermaier would find a role with his glove.  He would see significant playing time in 2014, and in 2015, he would put forth one of the greatest defensive seasons in baseball history.  The Centerfielder would win the Gold Glove, Platinum Glove, and had a Defensive bWAR of 5.0, making him one of four players to have a year where he had a Defensive bWAR of at least 5.

Since that time, Kiermaier won another Gold Glove (2016) and two Wilson Defensive Player Awards.  To date, Kiermaier has never had a season (except for his one game year in 2013) where he had a Defensive bWAR under 1.5, this despite two of those years saw him play less than 100 Games.  While he is a light hitter, he has managed five 10 Home Run seasons and has collected 589 Hits to date.