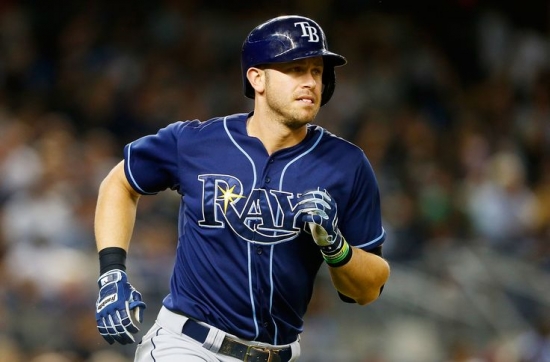 Evan Longoria came in the Tampa Bay Rays organization as the 3rd Pick of the 2006 Amateur Draft, and two years later, he would be the starting Third Baseman.  It was an excellent debut for Longoria, who had 27 Home Runs, was an All-Star and won the American League Rookie of the Year Award.  He would help them reach their first World Series, though they lost to the Philadelphia Phillies.

The Third Baseman would establish himself as one of the best at his position with both his bat and glove over the next few years.  Longoria was an All-Star again in 2009 and 2010, and in those campaigns, he was also a Gold Glove winner.  The Silver Slugger would also find his way to his trophy mantle in 2009.

Throughout his time with Tampa, Longoria would always show off decent power numbers.  With the exception of 2012, where he was limited to only 74 Games, Longoria would reach 20 Home Runs, and two of those years were 30 plus.  He would also finish sixth in MVP voting twice (2010 & 2013).  His stay in Tampa lasted until the end of 2017, as he was traded to the San Francisco Giants.

More in this category: 2. Carl Crawford »