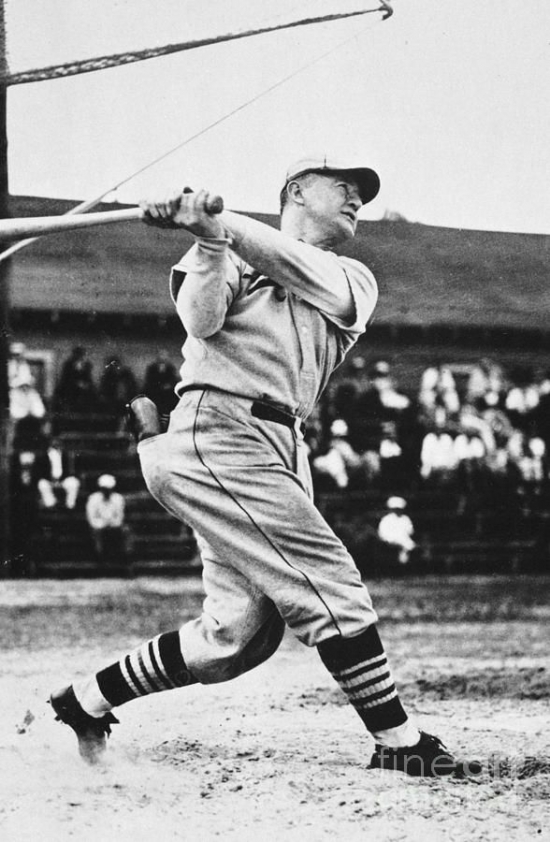 Frankie Frisch had an incredible career that was split between the New York Giants and the St. Louis Cardinals, the Redbirds being the team he would spend the latter half of his playing career with.

Frisch reached the majors in 1919 with the Giants where he promptly put up really good numbers and was vital to their four straight National League Pennants (1921-24) and back-to-back World Series wins in ’21 and ’22.  The uber competitive Infielder ran afoul of the likeminded Giants Manager, John McGraw and Frisch was traded from his hometown to St. Louis while still having a lot of good years left in the tank and he would be traded to the Cards for another future Hall of Famer, Rogers Hornsby before the 1927 season.

“The Fordham Flash” had good seasons both offensively and defensively and in his first season with St. Louis he was the National League runner-up, while finishing first in Defensive bWAR, Stolen Bases and was sixth in Batting Average.  Frisch would win the National League MVP in 1931 (though in statistical retrospective he definitely should not have) and he would assist the Redbirds in winning the 1931 and 1934 World Series making him a four time World Series Champion.  He would become the team’s Player/Manager in 1933 and after he retired as a player in 1935 he continued to manage the Cards until 1938.

If this rank seems a little low remember that his best seasons were with New York (despite that MVP, which again we reiterate he should not have won) and many of his seasons with St. Louis were just average.

Frankie Frisch was inducted into the Baseball Hall of Fame career in 1947.