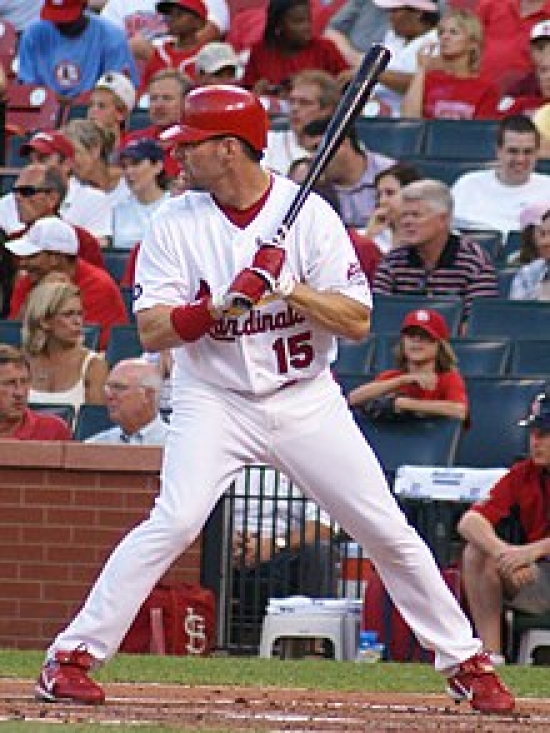 Jim Edmonds played eight seasons with the St. Louis Cardinals, which without question was the true meat of his career.

Edmonds was a highly skilled Outfielder who would win six Gold Gloves but he was also a feared power hitter who also knew how to get on base often.  A three time All Star, Edmonds had four seasons of 30 or more Home Runs powering 241 dingers as a Cardinal.  Edmonds could draw Walks as shown by his .393 OBP in St. Louis and he was a large part of the Redbirds 2006 World Series win.  Individually speaking, along with his trophy case full of Gold Gloves, he would win a Silver Slugger in 2004 and he was twice in the top five in MVP voting.