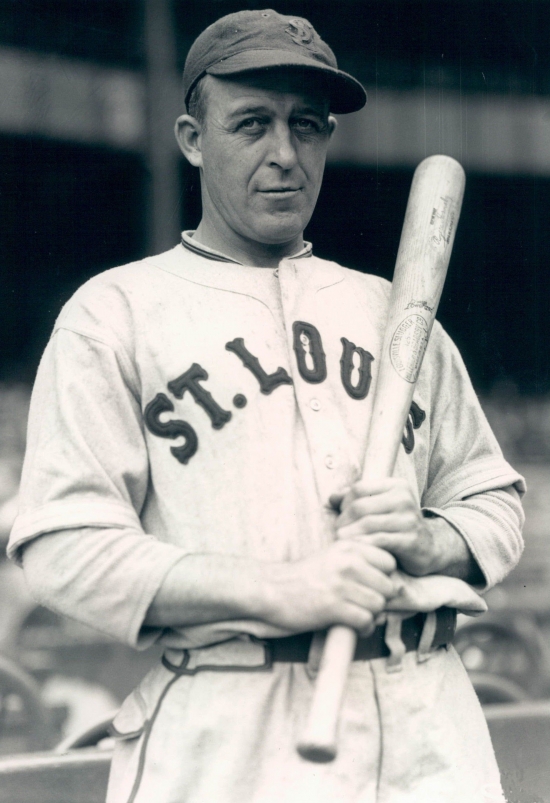 Jim Bottomley would debut for the St. Louis Cardinals in the 1922 season and in his first full season (1923) he would set career highs in Batting Average (.371) and On Base Percentage (.425).  This is not to imply that the First Baseman peaked early as he still had seven more .300 seasons in him (all with St. Louis) and he would slowly develop a power and clutch hitting game.

His extra base hit production would crawl up each season and after leading the National League in doubles two seasons in a row (1925 & 1926) he would have a huge 1928 where he had 42 Doubles and a league leading 20 Triples and 31 Home Runs.  That season, he was also first in Runs Batted In, which marked the second time he would accomplish that, the first being in ’26.  This was in the middle of a six season streak of triple digit numbers in RBIs.  Bottomley was rewarded with his excellent season in 1928 with the MVP Award.

Jim Bottomley would enter the Baseball Hall of Fame in 1974 via the Veteran’s Committee.