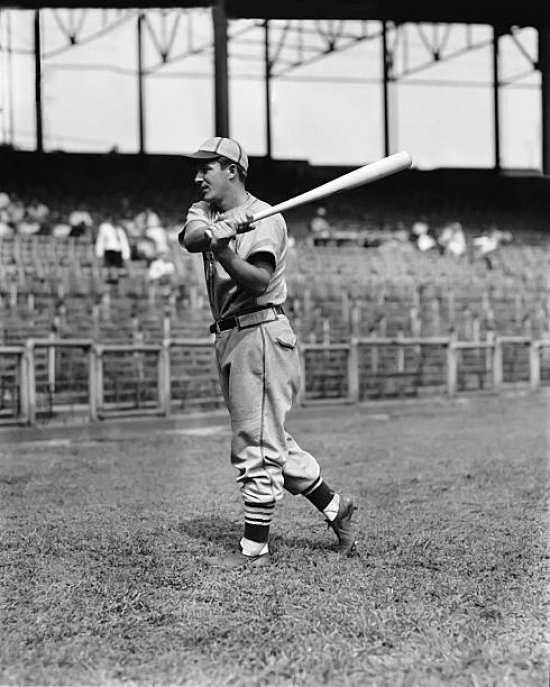 Debuting with the St. Louis Cardinals in 1932, Joe “Ducky” Medwick (thus nicknamed because he apparently walked like that aforementioned bird) would became a major star through the 1930’s.  Before he was traded midway through the 1940 season he would have seven full seasons where he batted over .300 with four 200 Hit campaigns.  While in relative terms, Medwick was not known as an elite power hitter he did blast 152 dingers for St. Louis including a league leading 31 in 1937.  We will get back to that year later.  In addition to decent power, he was a doubles leader three times (1936-38) and had seven straight years with 40 Doubles and was also a Triples champion in 1934.

While all of this is incredible there is two major things to discuss about Joe Medwick.

The first was that he was just not a major part of the Cardinals 1934 World Series win but he made history as the first person to be thrown out of a World Series game.  Medwick slid into third where the Detroit Tigers Third Baseman, Marvin Owen, dug his foot into Medwick’s leg.  The Cardinal responded with a kick to Owen’s gut and Commissioner, Kennesaw Mountain Landis who was in attendance banished him out of the game when he retook the field.  As it turned out Medwick and the Cardinals would win the game in a rout and win the World Series that day, but it was certainly history making.

The second is fast-forwarding to 1937 where he won the National League MVP and the Triple Crown.  He batted .374 that year with a 1.056 OPS.   As of this writing nobody has done that since in the NL.  Medwick would be traded to the Brooklyn Dodgers in 1940 when ownership decided that he was not worth the money he was asking for.

Medwick would enter the Baseball Hall of Fame in 1968 on his eighth attempt.