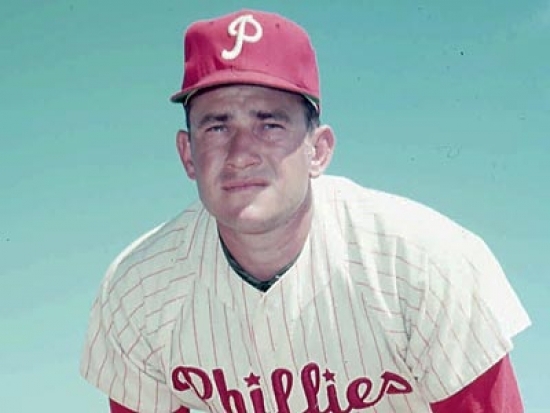 The city of Philadelphia had every reason to love Del Ennis, a local boy who we could argue was the original “Whiz Kid”.

Ennis would make franchise history as the first Phillie rookie to be named an All Star and he proved to be a true power man of the organization.  Ennis would produce seven 20 Home Run and six 100 RBI seasons and was capable of hitting for average with three years batting over .300.  Seven times Ennis would receive MVP votes, the best being a fourth place finish in 1950, which was also the year he won the RBI Title and helped the “Whiz Kids” reach the 1950 World Series.

While Ennis might seem like he is ranked low, he was a defensive liability.  Despite having a powerful arm he was error prone and never had a season where he had a positive Defensive bWAR.  Still, 259 Home Runs and 1,124 Runs Batted In are more than enough to keep “Ennis the Menace” on this list for decades to come.

0 #1 bobkerry 2019-05-07 15:23
Take issue that Ennis was a defensive liability. He was not. He could run. He could could field well. He had a respected arm. His presence in lineup both field and bat for a decade was never never threatened by a rookie or phenom or bonus baby. His bat was too valuable. Not a gazelle like Ashburn but he could motor and always hustled. Has gotten short shrift from modern internet prognosticat ors. Career numbers better than Kiner, Slaughter and several others all in the HOF.
Quote
Refresh comments list
RSS feed for comments to this post