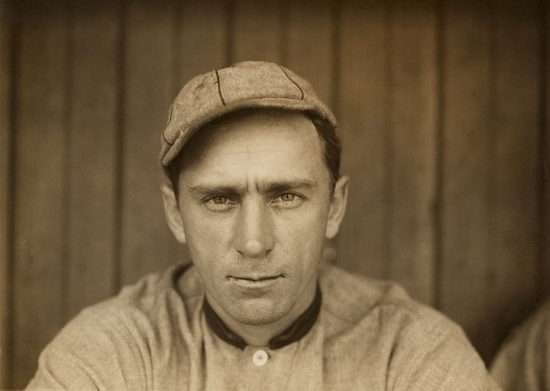 Sherry Magee was one of the top hitters of the dead-ball era in the National League.  Essentially if there was an offensive category during the time that McGee was playing in Philadelphia, you would more than likely see his name in the leaderboard.

Five of Magee’s eleven campaigns with Philadelphia saw him bat over .300.  He collected a lot of Hits, six times finishing in the top five in the NL, and was a three-time (in Philadelphia) RBI leader.   In an era where Double and Triples were at a premium, Magee was the NL leader in 1914 while finishing second five seasons in a row (1906-10).  With Triples, he finished second in the National League three times.

As you would expect with most players who could leg out Triples he was excellent at stealing bases.  Six times Magee was in the top five in swipes including back-to-back second-place finishes in 1906 & 1907.  If there were an MVP issued in 1910, Magee would have won it as he swept the Slash Line with a Runs Scored and RBI Title to boot.

All of this is impressive but it wasn’t all roses for Sherry Magee.

Magee could very well have been the most miserable person of his era or maybe in the games history period.  A notable grouch who seemed to be incapable of happiness, Magee had a dark cloud over him everywhere he went.  Also a known hothead, Magee might be best known in baseball lore for knocking out an umpire unconscious after he was thrown out of a game.  He was suspended for the rest of the year (later reduced to a month) but could you imagine a player like that in the social media era?

Regardless of that, Magee was one of the greatest Philadelphia Phillies of all-time.  Not that he would have smiled about it.