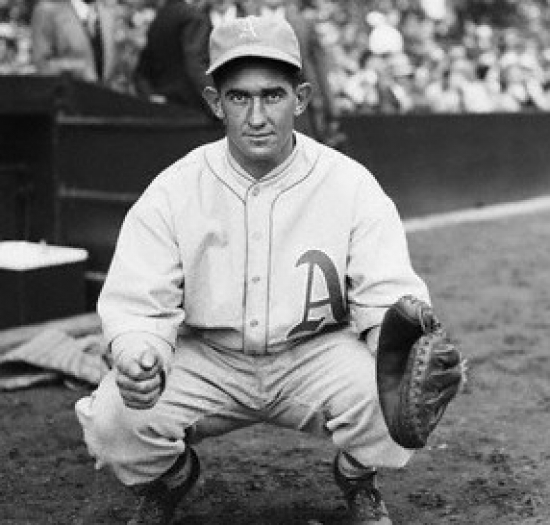 Mickey Cochrane was sought after by Connie Mack, who pried him from Portland of the Pacific Coast League after the 1924 season.  Mack wasted no time inserting Cochrane as a starter for the Athletics, and he was quickly entrenched as one of the best hitting Catchers of the game.

Cochrane batted .331 as a rookie and finished tenth in MVP voting.  Batting seemingly came easy for the Catcher as he would bat over .300 six times with the Athletics, which was also the same amount of times he had an On Base Percentage over .400.  He would win the American League in 1933 in that category with .459.

His hitting put him on the map, but he was also known as an excellent defensive player who was also a great team leader.  Cochrane would have five straight seasons where he led all the American League Catchers in Range Factor per Game.  1928 was not his best hitting year (batting .293), but his all-around game was so respected that he won the MVP that year.  Mack had put a lot of talent around him, and in 1929 and 1930, the Athletics won the World Series.  As the A's were cash-strapped, he was sold off to the Detroit Tigers, where he won another MVP (1934) and another World Series (1935).

Cochrane would enter the Baseball Hall of Fame in 1947.