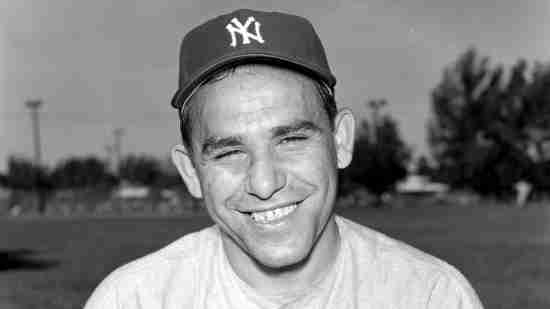 Is there any doubt that Yogi Berra was one of the most colorful characters in any sport?  How many times have we heard a “Yogism” of some kind and couldn’t help but smile?


Berra wasn’t just an amazing anecdote deliverer but was one of the best Catchers in the game.

Berra played his entire career in the Bronx (save for four games with the Mets) and was named the AL MVP three times and was the runner-up twice.  He would hit 358 Home Runs, an incredible number for a Catcher in those days, and was an eighteen-time All-Star.  Anchoring the team for years, Berra would help the Yankees win ten World Series Rings making him the most successful Catcher ever.

Actually it makes him the most successful player ever.  Nobody else has ten rings for what he did on the diamond.