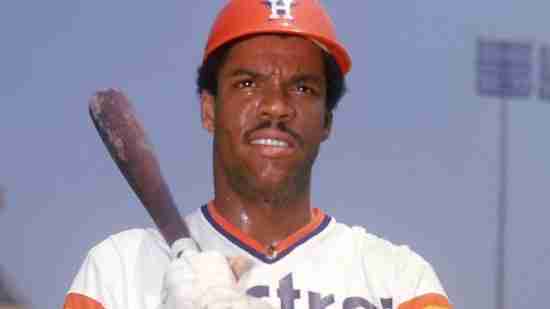 From the Dominican Republic, Cesar Cedeno was signed as an Amateur Free Agent in 1967, and he made the Astros roster in 1970, finishing fourth in Rookie of the Year voting. He built on that, leading the NL in Doubles, which he did again in 1972, but that was a special year.

That season, Cesar Cedeno would become the second player in MLB history to hit 20 Home Runs and accumulate 50 Stolen Bases in a season, a feat he would duplicate in the next two years.  The flashy Dominican was known for his aggressive defense and on the base paths, which resulted in four Gold Gloves and six consecutive seasons swiping 50 bases.  The four time All Star finished in the top five in Offensive bWAR on four occasions.