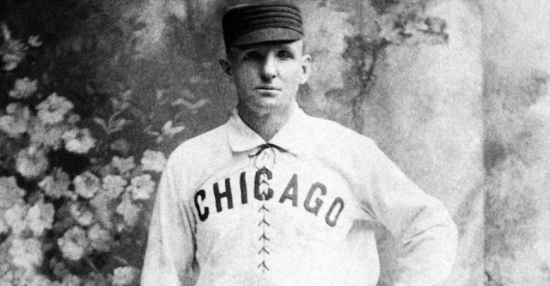 Arguably the first superstar in baseball history, Cap Anson joined the then named Chicago White Stockings in 1876 and would become one of the greatest hitters of the game for years.  In the 22 years he played in Chicago, Anson batted over .300 in 19 of them including a 15-year streak (1876 to 1890), and he would win three Batting Titles and four second place finishes in that stretch.  Anson would find other ways to get on base as the superstar was also a three-time leader in On Base Percentage and finished second in that statistic four times.  His hits were also timely as he would lead the league in Runs Batted In eight times and to this day is fourth all-time in that metric.  He was also considered to be an above-average fielder at the time of his peak.

Anson would take Chicago to six National League Pennants, which you have to consider literal as he was the team’s leader and would also manage the team for years.

While we are ranking Anson number one on our list, this is a great time to remind that we base these ranks on on-field accomplishments, and we deplore how he was a horrific racist (even for those times).  He notably refused to play against any team that fielded an African-American player.

Anson would enter the Baseball Hall of Fame in 1939 when the Old Timers Committee elected him.

More in this category: 2. Ernie Banks »