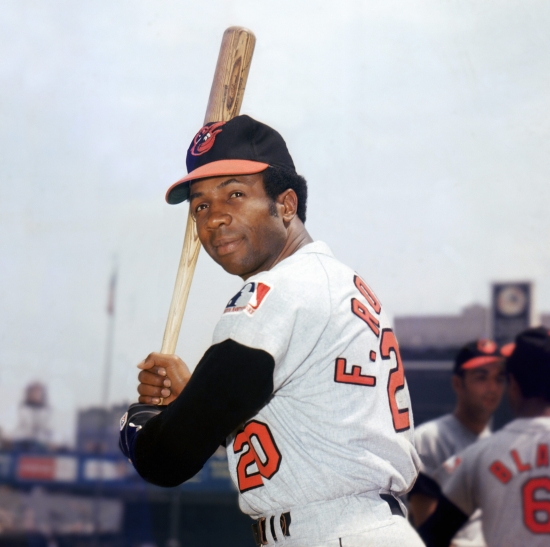 Before the 1966 season, Frank Robinson was traded to Baltimore from the Cincinnati Reds.  With Cincinnati, Robinson was a Rookie of the Year, MVP, and had five 30 Home Run seasons.  Despite this success, the Reds owner, Bill DeWitt, engineered trading him to Baltimore for Jack Baldschun, Milt Pappas, and Dick Simpson.  DeWitt defended his decision, calling Robinson an "old 30."  The legendary outfielder would respond with the greatest season of his career and put the Orioles on the map for good.

Robinson would go into the Baseball Hall of Fame in 1982 in his first year of eligibility.  The Orioles retired his number #20, and along with Brooks Robinson, he would be a charter member of the Orioles Hall of Fame.