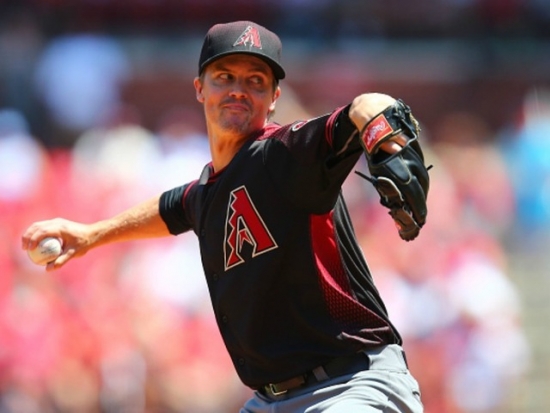 Zack Greinke was with the Arizona Diamondbacks for only three and a half years, but in that time frame in Arizona he has showcased some of the skills that helped him win a Cy Young Award as a Kansas City Royal in 2009.

Arriving in 2016 as a Free Agent, Greinke was named an All-Star in 2017 where he also finished 4th in Cy Young voting.  He repeated as an All Star in 2018 and in '17 and '18, he has been in the top ten in the NL in WAR for Pitchers and WHIP.  Grienke was again an All-Star in 2019, but shortly afterward, he was traded to the Houston Astros for their playoff run.  Grienke's rank is also aided by the fact that he was an excellent fielder and a good hitter for a Pitcher, who had a .230 Batting Average with Arizona.