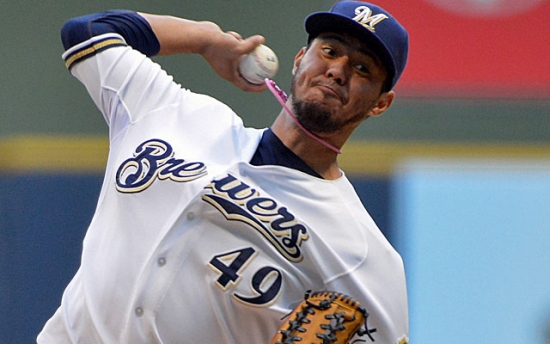 Yovani Gallardo played the first eight years of his career with the Milwaukee Brewers, where the last six of which saw him a decent starter in the National League.  Gallardo was an All-Star and Silver Slugger in 2010, and in 2011, he had a record of 17-10 and was seventh in Cy Young Voting.  From 2009 to 2012, he would fan at least 200 batters.

After his run with Milwaukee ended, Gallardo was a journeyman playing for four teams (Texas, Baltimore, Seattle, Cincinnati & Texas again) in three years before retiring in 2018.  His record would be 121-101 with 1,584 Strikeouts.

Should Yovani Gallardo be in the Hall of Fame?