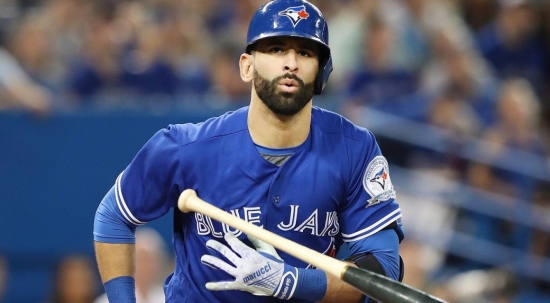 The career of Jose Bautista is a fascinating one.  After years of obscurity, a switch in his batting stance took him from journeyman to All-Star and someone who we deemed worthy of discussing.

Seriously, it came out of nowhere.  At the age of 29 and with his fifth team (Toronto), it clicked.  Bautista would be an All-Star for the first time, and he shot up from 13 to 54 Home Runs and would win the American League Home Run Title.  He earned his second HR strap the year after (43), and this was year two of six straight All-Star Games.  The power hitter would collect two more 35 plus homer years for the Blue Jays, and he and his bat flip took them to the playoffs in both 2015 and 2016.

Bautista finished in the top six in MVP voting four times and was a Silver Slugger three times.

His run with Toronto made him relevant and allowed him to become a player who would smack 344 Home Runs.

Roghned Odur won’t consider Jose Bautista for the Baseball Hall of Fame, but others just might!

Should Jose Bautista be in the Hall of Fame?