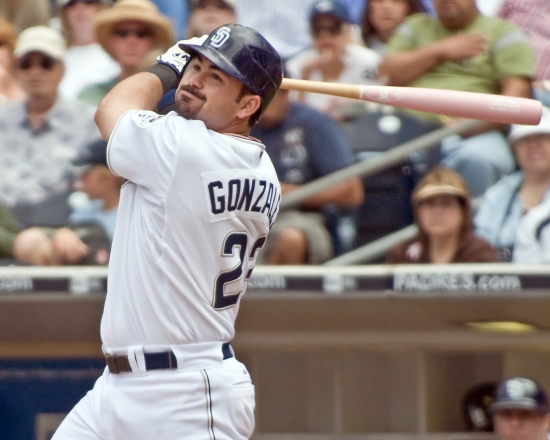 Born in the United States, but raised in Mexico, Adrian Gonzalez would have a very good career playing First Base in the Major Leagues.

Gonzalez first debuted for the Texas Rangers, but it was in San Diego where he first came into prominence.  With the Padres, he was a three-time All-Star and would secure four consecutive 30 plus HR seasons, including a career-high 40 in 2009.  That year, he led the National League in Walks (119).

In later seasons, “A-Gon” would lead the American League in Hits (213 in 2011) when he was with Boston, and he would win the RBI Title as a Los Angeles Dodger in 2014.  Over his career, the First Baseman was a five-time All-Star, four-time Gold Glove winner, two-time Silver Slugger, and finished in the top ten in MVP voting on three occasions.  He retired in 2018 with 2,050 Hots and 317 Home Runs, which are numbers that are more than adequate for any position in any era.

Should Adrian Gonzalez be in the Hall of Fame?