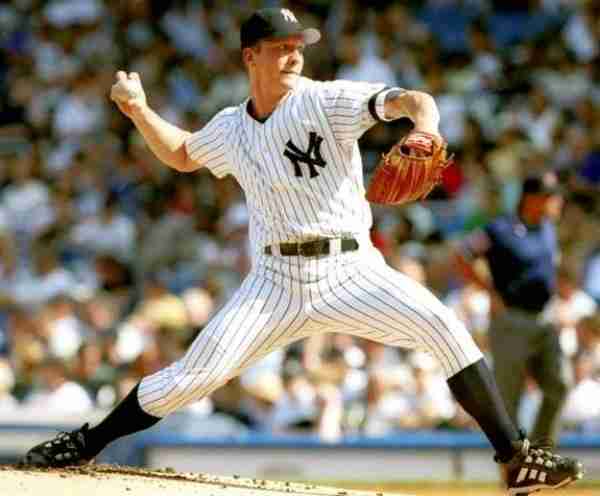 David Cone may not be best remembered for winning a Cy Young Award. He may be best known for being a true hired gun that baseball teams coveted for their stretch drive.

Cone had the coveted label as a big game pitcher. Cone was at his best during high-pressure situations and showcased his abilities as a member of five World Series winning teams. He was a very smart pitcher who was able to use varying skills to defeat opposing batters. Cone was the subject of various sex scandals, yet was able to shut out those distractions and often had his best outings while the target of public ridicule. As such, he shook off those labels and remained with one label: winner.

What prevented David Cone from making a serious run for the Hall of Fame is that he had a few bad seasons that really brought down his overall career numbers. He failed to make the 200 win milestone, though had he had more offensive run support he could have made it. His “hired gun” status also gave him a label that was dissatisfactory to some, though he was one of many to do so. Flat out, David Cone was one of the top pitchers of the ’90s and that should not be denied.

Should David Cone be in the Hall of Fame?

Should David Cone be in the Hall of Fame?

+1 #3 Pat67 2016-08-11 10:58
Where is the note of his perfect game? How can that even be overlooked?
Quote
+1 #2 jabs517 2014-09-07 20:14
The problem with the HoF is that they reward people for longevity rather than being one of the most dominant in a shorter window. Playing 20plus years and getting 250 wins is not more impressive then winning 100 in 6 years. Also the quality of opponent is much higher when you pitch in post season games and Cone excelled there. If you had to win one big game I bet you would take Cone over MOST HoF pitchers.
Quote
0 #1 Belize Breeze 2013-07-10 01:09
One of the best! Few and far between. We all make mistakes, some of us are scrutinized more for being famous.
Got to admitt, you always got your monies worth, as expensive as sporting events are.
Lets face it, the owners who have the power will never forget his role in organizing players. Never!
Quote
Refresh comments list
RSS feed for comments to this post