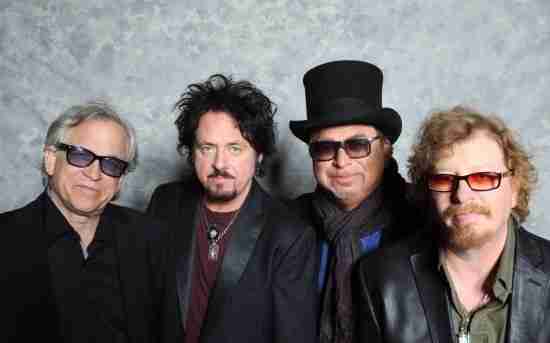 Collected from a group of respected studio musicians, Toto had a great run in the late 70’s and early 80’s with a string of Soft Rock hits that may not be held in the highest regard today but was very well produced and expertly played. Their musicianship is not in question, but without any perceived substance it won’t just be the “rains down in Africa” that Toto will miss as an induction in Cleveland seems like a long shot.

Should Toto be in the Hall of Fame?

JOURNEY WITH TOTO (RESCHEDULED FROM 5/9/22) AT CAPITAL ONE ARENA IN WASHINGTON, DC

Buy your Tickets to see Journey with Toto (Rescheduled from 5/9/22) at Capital One Arena in Washington, DC HERE for as little as $! 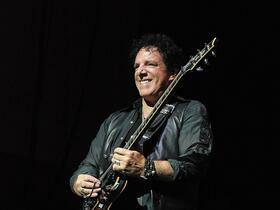 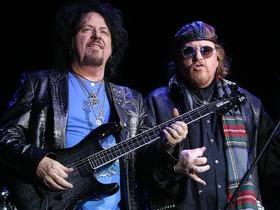 Buy your Tickets to see Journey with Toto (Rescheduled from 5/11/2022) at XL Center in Hartford, CT HERE for as little as $! 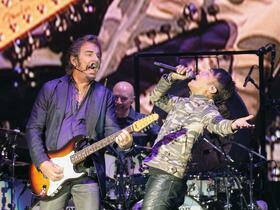 I see many time that Toto is soulless etc. Did you listen songs like: I Will Remember, Better World, Bottom of Your Soul, Lea.. And you can't judge that they didn't put their souls in songs, did you see them while writing?

Not familiar with any of these. Will need to check them out, and see what the deal is.
Quote
0 #7 Billy K. 2019-10-16 13:15
Kind of mixed bag, here. Top-notch musicians, without question. Diverse styles, without question.... goes from soft jazz, to hard rock...
what's not to like, there? Members have played sessions for various major artists. But unlike the Wrecking Crew or the Funk Brothers, they did their own albums and tours, too. Plus they are great arrangers, too, without question.

The "achilles heel" of Toto, is inconsistent songwriting. In fact, some really week songs, at times.

Take the case of "Rosanna". Major hit, as everyone knows. But have you ever tried to play it on an acoustic? There isn't much to it. Doesn't "stand up on its own" at all. It's the ARRANGEMENT that carries the song, not the song itself, that made the hit. "Georgy Porgy" is a really trite and stupid song. I would much rather listen to their deep track, "Rockmaker". And in the case of "Africa", they definitely got it right. But actual songwriting, in general, is the Toto's weakness.
Quote
+4 #6 Devan Lauzon 2018-01-15 22:35
TOTO, poddibly the greatest band ever. I find now, in 2018, its a taste i've had to move into.

Started off a metal head as a kid, metallica, disturbed, etc...

Got into hard core music and rap as a teenager, alexisonfire , army of the pharaohs, vinnie paz, etc...

Now for the past couple years ive been into prog metal and synth, bands like periphery and erra, to synth like mitch murder and the midnight.

Where does toto fit in all of this? Its all of those things. At once. And better.

TOTO is about the pinnicle of music. Their first and second albums are most of what ive been rocking and MY. GOD.


And these are the songs people DONT know. How thats even possible blows my mind. Greatest band of all time, and a hall of fame without them is utterly useless IMO.
Quote
+2 #5 Michael tabor 38 2017-07-31 00:29
Hold the line
Is. Classic even iconic rock song
But too many other bands are more deserving. That are still not in.
Quote
+5 #4 Brian 2014-12-21 18:42
Toto deserves their place.
Quote
+5 #3 dihdihd 2013-06-07 20:11
I see many time that Toto is soulless etc. Did you listen songs like: I Will Remember, Better World, Bottom of Your Soul, Lea.. And you can't judge that they didn't put their souls in songs, did you see them while writing?
Quote
+4 #2 Darryl Tahirali -0001-11-30 00:00
Toto was the West Coast version of the Atlanta Rhythm Section, a consortium of studio musicians who decided to moonlight together after spending their day jobs as sidemen for any number of acts. Toto was more successful than ARS because it had more to say, but you can't sound hungry at night when you've been well-fed with polished arrangements during the day. Musicologist 999 hits it right on the head: slick, manufactured , and soulless describes both bands to a tee, although I'd take ARS any day because of the regional flavor and harder edge, and because Toto's "Africa " and "Rosann a" were all over the radio in the early '80s, and the cloying vocals are still embedded in my skull. No wonder Rosanna Arquette, the subject (target?) of "Rosann a," punked it up in Pulp Fiction.
Quote
-15 #1 Musicologist999 -0001-11-30 00:00
There's no question that the bandmembers of Toto are expert musicians. And they have a couple of songs that ain't bad: their earliest hit Hold The Line, and Pamela, a minor hit that deserved to be big, are both good songs. But the rest of their stuff, including the Grammy-winni ng "Toto IV" album, sounds SO manufactured , SO slick, and SO soulless. And NOBODY points to Toto as an influential band, nor is there anything innovative or "ground breaking&quo t; about them. Too bad, considering that the guys in Toto ARE talented. But I guess they simply steered their talent in completely the wrong musical direction. "Toto IV" gave them some hits and some Grammys, and I hope they enjoyed them. But an induction into the RnR Hall Of Fame? Forget it.
Quote
Refresh comments list
RSS feed for comments to this post