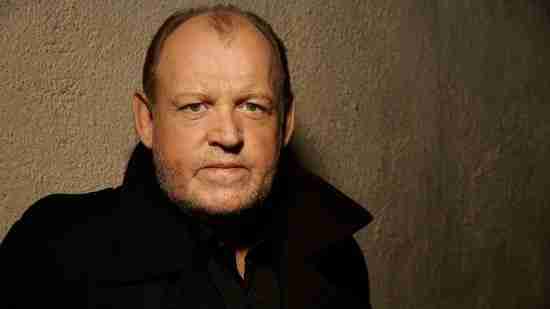 We hate using an American Idol reference but how many times does Simon and company tell the contestants after they nailed a performance that “they made the song their own”. Somehow, this just seemed like the right quote for Joe Cocker.

The gravelly voiced Cocker really did make a career out of covers and “making them his own”. In many cases, the Joe Cocker cover version surpassed the original and often you could never imagine anyone else singing those songs. Despite that iconic voice, he was able to deliver the tenderest ballads in Rock and Roll history. In concert, Cocker’s spastic motions and powerful presence elevates him (still to this day) as a must see on the concert tour. If the Rock and Roll Hall of Fame committee can overlook that he did not write his own material (they did so with most Motown acts), than his chances for induction improve.

Should Joe Cocker be in the Hall of Fame?

Should Joe Cocker be in the Hall of Fame?

+3 #3 Namella 2017-08-11 02:18
Saw a doc about Joe recently. He recorded a dramatic new arrangement of With a Little Help From My Friends, performed it at Woodstock shortly thereafter. An absolutely electrifying performance. Some old colleague expresses shock that Joe's not in the HOF for that alone...and that about expresses my feelings.
Quote
+6 #2 TNT 2014-10-11 13:42
Joe Cocker is a classic rock icon. His appearance at Woodstock, is legendary. His Mad Dogs & Englishmen tour in 1970 was one of rocks biggest events ever. He has had hit records in the 60's, 70's, 80,s 90's and even the 2000's, where he still sells platinum albums in Europe. Hit songs like Delta Lady, Feelin Alright, The Letter, Cry Me A River, You Are So Beautiful, High Time We Went, Up Where We Belong, You Can Leave Your Hat On, Unchain My heart, and When The Night Comes where all hits. His resume clearly outshines most of the 2015 nominees like Kraftwork, Chic, NWA, Joan Jett, and even the late Lou Reed. The fact he does not write his songs is a BS excuse to keep him out, because half the acts in the RRHOF didn't either. Do you think all those great Motown acts wrote their own songs? hey had a writing team of Holland Dozier Holland. The fact that they can put in Rappers, and disco artists, and one hit wonders, and continue to snub Joe Cocker, and many of his great peers like Steve Miller, The Moody Blues, Chicago, Peter Frampton and Yes, is an absolute disgrace. Billy Joel recently stated Joe Cocker should be in the RRHOF! Are those who vote even listening, or are they too young to even know who he is? The time has come to induct Joe Cocker now, before he too passes like Lou Reed, who was only nominated inn 2015 because he died. Terrible treatment by the RRHOF regarding Joe Cocker!
Quote
+6 #1 xntreek1 2013-03-28 11:39
Joe Cocker is such an IMPORTANT part of R&R history. Artists are honored with his renditions of their works.
Fact being, R&R Hall of Fame officers must be purely empty headed with NO understandin g of music history.
Joe Cocker is Bigger than R&R Hall of Fame... soOOoo no matter, tis their loss.
PS: Big smile on my face, to have been a lucky teenager witnessing the birth of R&R.