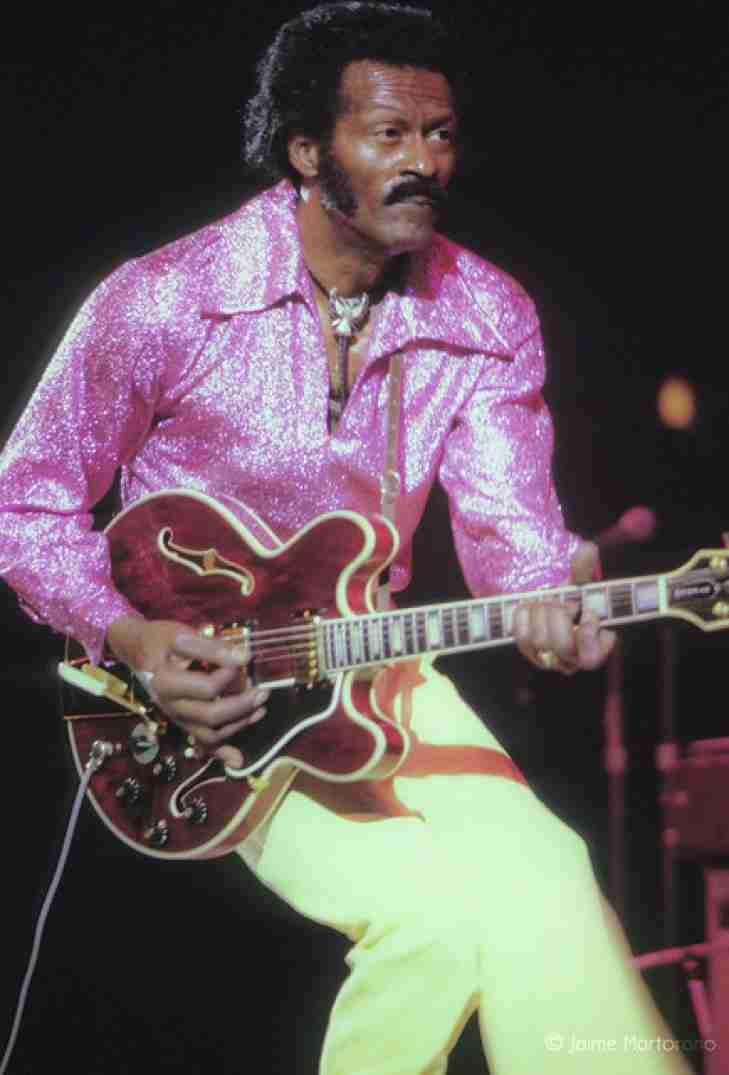 
If there is a Mount Rushmore of Rock and Roll for the 1950’s, Chuck Berry is a very solid candidate to be carved into it.  He was one of the first inducted into the Rock and Roll Hall of Fame and the master of some of Rock’s early riffs.  Amazingly, despite the iconic stature of his hits, not one of them went to number one….that is until 1972 when he decided to sing about his penis.

We wish we were kidding, but when Chuck Berry dispensed with the kick ass driving guitar and not so subtly asked people to come over and play with his Ding-a-Ling, did he reach the Billboard stratosphere.  We know we are getting on our high horse here, but this is a legend who should never be slumming with this kind of excrement.  Honestly, music buying public, how could this be the only one of Chuck Berry’s songs to reach number one over some of the great tunes he put out?  Many stations refused to play the song due to its suggestive nature, but they could have easily just said they refused to play it because it was crap.  As of this writing, Chuck Berry is still alive, and yes still performing “My Ding-a-Ling”.  Of course, his Ding-a-Ling hangs a lot lower than it used to.

How awful is My Ding-a-Ling?

0 #4 Jules 2020-12-17 11:07
Fun fact: Chuck didn't write this song - it's by Dave Bartholomew and twenty years older than Chuck's version.
Quote
+1 #3 Musicologist999 -0001-11-30 00:00
It's actually a pretty funny song, and Chuck seems to be having fun on it, which probably explains why it hit #1. But you're absolutely right, it IS pretty shocking that this novelty song is his only #1 record, when he's recorded so many classic songs that are MUCH better than "My Ding-A-Ling" (to say the least) but never hit the top of the charts. Go figure.
Quote
+2 #2 Committee Chairman -0001-11-30 00:00
Actually want to rip off ESPN's Mount Rushmore of 50 states (sports) and maybe do the same for music....... Maybe in the future!
Quote
+1 #1 Darryl Tahirali -0001-11-30 00:00
Considering that Chuck has had pedophilic tendencies all along, this song, while pretty awful, isn't too surprising.R ecall that Berry was convicted in 1959 for Mann Act violations: having sex with an underage girl and then transporting her across state lines. He served one-and-a-ha lf years for that. Not that that should be a surprise--&q uot;Sweet Little Sixteen,&quo t; "Sweet Little Rock 'n' Roller," ; and "Little Queenie,&quo t; among others, gave a pretty good indication of where and with whom Chuck's ding-a-ling wanted to be. And lest you think we're talking teenage lust on both sides, Chuck was already a family man crowding 30 when "Maybel lene" first roared out of the gate in 1955.Popular "Ding-a -Ling" trivia: Two members of the Average White Band played on this live version of the song.And, yes, were there a rock Mount Rushmore, Chuck would have to be on it, the Jefferson if not the Washington (that would be Elvis).
Quote
Refresh comments list
RSS feed for comments to this post