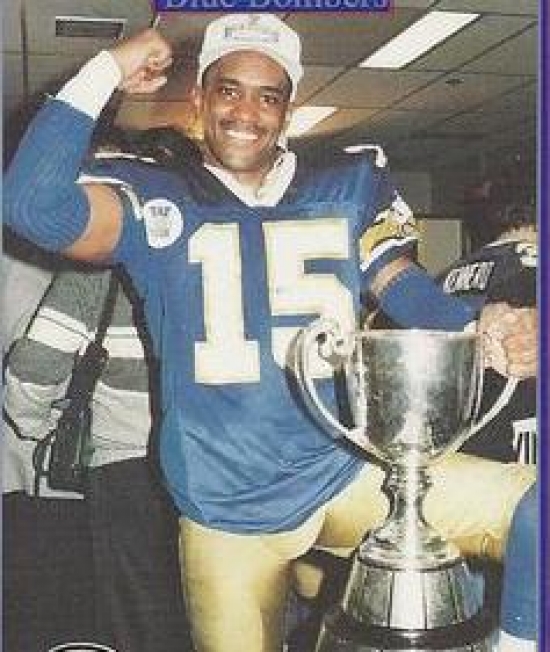 The Winnipeg Blue Bombers have announced that former Cornerback, Less Browne will be inducted into their franchise Hall of Fame.

Playing his college ball at Colorado State, Browne would play for the Hamilton Tiger-Cats where he was a two-time CFL All-Star before joining the Blue Bombers in 1989.  He was only there for three seasons, but he was selected for two more CFL All-Star teams and helped Winnipeg win the 1990 Grey Cup. He would have 27 Interceptions for the team.

Browne would later become an Assistant Coach for the team.

He was inducted into the Canadian Football Hall of Fame in 2002.

We here at Notinhalloffame.com would like to congratulate Less Browne for receiving this honor.