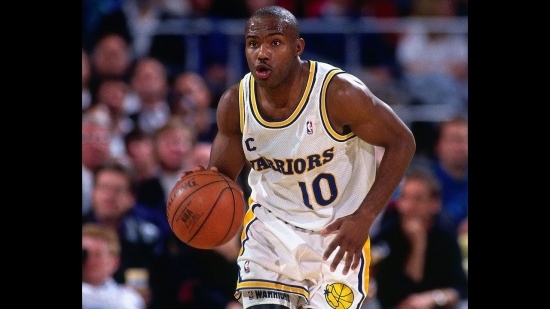 Normally we don’t talk about retired numbers until it become official, but we will touch on this story as some more meat on the bone has been added.

Following the moves of Kevin Durant to Brooklyn and Andre Iguodala to Memphis, the Golden State Warriors announced that sometime in the future that they would retire their numbers.  Both were vital to the recent championships for the franchise so it is not unexpected, though this announcement does seem early.

When asked about this, former Warriors star, Tim Hardaway said that his friends had the following to say in an interview to SF Gate:

I'm laughing because as soon as they said Kevin Durant's number's gonna get retired, here they go, he said, 'Man that's some BS.  How they gonna retire his number and he only played there for three years and you played there for six years, and you giving them all the sweat and tears and everything like that and they're not gonna retire your number.'"

In the interview, Hardaway wanted to make it clear that it was the opinions of his friends and not of himself.

Hardaway was a member of the famous RUN-TMC trio with Chris Mullin and Mitch Richmond.  Mullin’s number has been retired, but he is also in the Basketball Hall of Fame.  As of this writing, Hardaway and Richmond are not.

We will definitely be paying attention to this one!