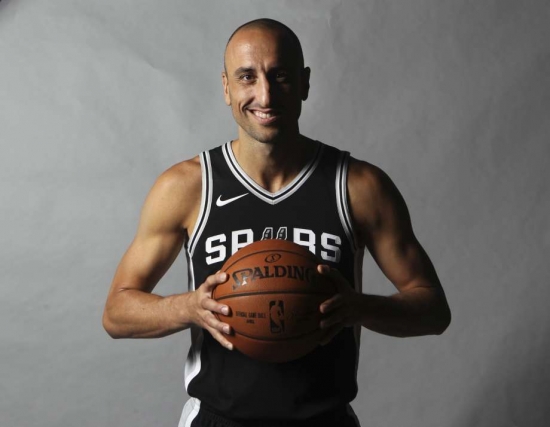 Regular visitors to Notinhalloffame.com know that we are slowly working on the top 50 players ever of every MLB, NHL, NFL and NBA team.  Once that is done, our plan is to then look at how they honor their past players and executives by way of retired numbers, franchise halls of fame etc.  As such, it is important to us that last night the San Antonio Spurs retired the #20 of Manu Ginobili.

In what now has to be considered an absolute steal, San Antonio drafted the native of Argentina 57thoverall in 1999 and he would join the team in 2002 after starring in Europe.  Ginobili would play his entire career with the San Antonio Spurs which would span 16 seasons and 1,057 Games.  He would be chosen for the All Star Game twice (2005 & 2011) and was an All-NBA Third Team Selection twice (2008 & 2011).  The Argentine star’s selfless and unique style of play meshed perfectly with San Antonio where he was part of an elite triumvirate with Tim Duncan and Tony Parker where they would the team to four NBA Championships (2003, 2005, 2007 & 2014).  The Shooting Guard would be named the Sixth Man of the Year in 2008 and scored 14,043 Points with a career PER of 20.2.

We here at Notinhalloffame.com would like to congratulate Manu Ginobili for earning this prestigious honor.

More in this category: « Tim Hardaway feels that his 2007 anti-gay rant keeps him out of the Hall The 2019 Rock and Roll Hall of Fame ceremony is in the books »