Our Football List has been revised. Chuck Howley now #1 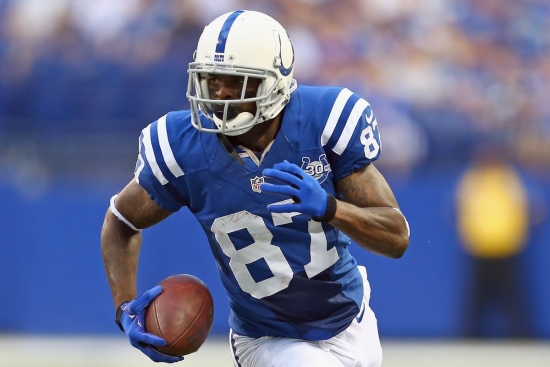 As we here at Notinhalloffame.com consistently work hard to create new lists we have to continuously update the ones that we have.  One of our main core lists, the Football List of those to consider for the Pro Football Hall of Fame has been updated.

The second step is to add those who are now eligible.  As we have a Football Futuressection that allows you to vote and make comments prior to their eligibility we factor that input before we slot in the new entries.

This leads to our third step, which is taking in your votes and comments on the existing names on the list and altering our rankings if deemed necessary.

The entire list can be found here, but on this page the new top ten are:

For the first time, Chuck Howley moved to the top.  The former Linebacker and Super Bowl V MVP was a six time Pro Bowl and five time First Team All Pro Selection.  He was ranked at #5 last year.

L.C. Greenwood rocketed to #2 from #6.  Greenwood played for the Pittsburgh Steelers all of his career and was a member of the dynasty that won four Super Bowls in the 1970’s.  The Defensive End was a six time Pro Bowl Selection and he was a Finalists for the Hall of Fame on six occasions.

Alan Faneca went up from #4 to #3.  The Offensive Lineman was a nine time Pro Bowl and six time First Team All Pro and helped the Steelers win Super Bowl XL.  He has been a Finalist the last four years.

Former NFL Defensive Player of the Year (1978) Randy Gradisharjumps from #8 to #4.  The former Denver Bronco would be chosen for seven Pro Bowls, five First Team All Pros and was a Finalist for the Hall of Fame twice.

Roger Craig went from #9 to #6.  The versatile Running Back helped the San Francisco 49ers win three Super Bowls and he was the NFL Offensive Player of the Year in 1988.  He made history as the first player to rush for 1,000 Yards and catch for 1,000 Yards.

Steve Atwater increased his rank from #12 to #7.  “The Smilin’ Assassin” and former Denver Bronco was first a Finalist in 2016 and was against this year.  The Defensive Back was an eight time Pro Bowler and two time Super Bowl Champion.

Troy Polamalu is the second new entry to break our top ten.  Spending his entire career with the Pittsburgh Steelers, Polamalu was chosen for eight Pro Bowls, four First Team All Pros and was the 2010 Defensive Player of the Year.  He helped Pittsburgh win the Super Bowl twice.

Former Super Bowl Champion with the Tampa Bay Buccaneers, Ronde Barber is #9 after climbing from #11.  The Defensive Back was chosen for five Pro Bowls and was the league leader in Interceptions in 2001.

Rounding out the top ten is Isaac Bruce, the former St. Louis Rams Wide Receiver of their “Greatest Show on Turf”. Bruce was a former Super Bowl Champion who caught 1,024 Passes for 15,208 Yards and 91 Touchdowns.  He would go to four Pro Bowls.

There are other new entries on out Notinhalloffame.com Football List.  Also making their debut are:

Patrick Willis comes in at #16.  Playing his entire career with the San Francisco 49ers the Linebacker would be invited to seven Pro Bowls and five First Team All Pros.

John Abraham makes his first appearance at #40.  Abraham is in the top 15 all time in Quarterback Sacks, Tackles for Loss and Forced Fumbles and he was a five time Pro Bowl Selection.

The final new entry is Justin Smith at #101.  Smith is a five time Pro Bowl Selection.

As you will see, there are 103 names on this list.  Our intent is to eventually grow it to 250 (or possibly more) so as we are adding and subtracting names, we feel leaving it at this number is fine for now.

Take a look at our revised list and cast your votes and offer your opinions!

As always we here at Notinhalloffame.com would like to thank you for your support.

More in this category: « The Hart Foundation named to the WWE HOF Brian Eno will not be at the RRHOF Induction Ceremony »