The Women's Basketball Hall of Fame announces its latest class 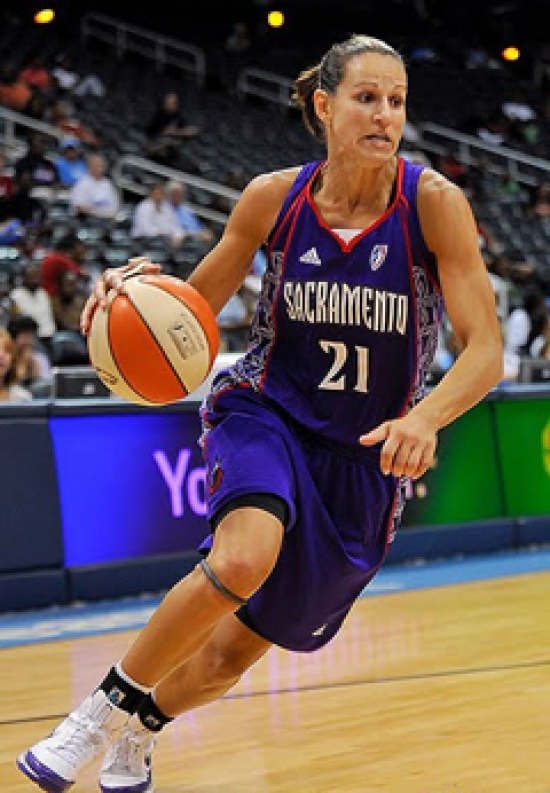 The Women’s Basketball Hall of Fame has announced the members of their latest class, which consists of four former players and three contributors.

Beth Bass:  Bass was the CEO of the Women’s Basketball Coaches Association from 2001 to 2014.

Carolyn Bush Roddy:  A two time AAU Champion with the Wayland Baptist Flying Queens in 1974 and 1975, Carolyn Bush Roddy was the leading scorer and rebounder for that team in both of those years.

Joan Cronan:  Cronan was the woman’s athletic director at the University of Tennessee for 29 years and during that time the Lady Vols became powerhouses in college basketball.

Nora Lynn Finch:  Finch was a former coach who would serve on multiple committees in women’s basketball.

Ticha Penicheiro:  From Portugal, Ticha Penicheiro took Old Dominion to the 1997 NCAA Finals and professionally she would become the WNBA Rookie of the Year.  The Point Guard would spend 12 of her 15 years in the WNBA with the Sacramento Monarchs where she was a seven time Assists leader and would take the team to the WNBA Finals in 2005 where she would help them win the title.  Individually she was chosen for four WNBA All Star Teams and two First Team All-WNBA squads.  When she wasn’t playing in the WNBA she played in multiple European Leagues where she was a multi-time champion including the Polish National League (Lotos Gdynia 2001), Italian Cup (Basket Parma 2002), French National League (Valenciennes 2005), Russian National League (Spartak Moscow 2007), Latvian National League (TTT Riga 2008), Czech National League (USK Praha 2011) and the Turkish Cup (Galatasaray 2012).  Sounds like a winner to us!

Ruth Riley:  In 2001 Riley had an incredible college year where she took Notre Dame to the NCAA Championship while also winning the Naismith Player of the Year and Final Four MOP. She would play professionally in the WNBA where she led the Detroit Shock to two WNBA Championships in 2003 and 2006, the former of which saw her win the WNBA Finals MVP.

Valerie Still:  Still played for the Kentucky Wildcats and she is still the all-time leader in Points and Rebounds.  She would win two championships in the ABL with the Columbus Quest.

The Women’s Basketball Hall of Fame opened in 1999 and is in Knoxville, Tennessee.

We here at Notinhalloffame.com would like to congratulate this year’s class.

Kirk Buchner, "The Committee Chairman", is the owner and operator of the site.  Kirk can be contacted at [email protected] . Email This email address is being protected from spambots. You need JavaScript enabled to view it.
More in this category: « The Miami Heat to retire Chris Bosh's #1 Jason Bay headlines the Canadian Baseball HOF Class of 2019 »