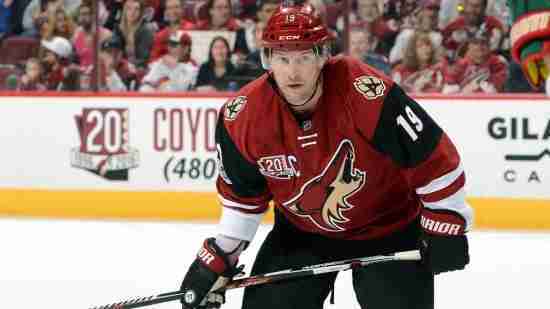 As such, it is important to us that the Arizona Coyotes have announced that they will be retiring the number 19 of Shane Doan, which will make it the first time in team history where this has occurred. This will take place on February 24 during their home game against the Winnipeg Jets.

Drafted 7th overall by the original Winnipeg Jets, Doan played his first hockey game in 1995 and his final one in 2017 for the Arizona Coyotes. He would play all 1,540 of his games in the National Hockey League for the same franchise and is without question the greatest player the team ever had since they relocated to Arizona.

Doan would represent the Coyotes in two All Star Games and he scored 972 Points while holding virtually every scoring record for the organization.

While Doan’s number is the first to be retired the team has “honored numbers” from the team’s history, which include Bobby Hull, Dale Hawerchuk, Thomas Steen, Keith Tkachuk, Jeremy Roenick and Teppo Numminen.

We here at Notinhalloffame.com would like to congratulate Shane Doan for earning this prestigious honor.

More in this category: « The Boston Bruins to retire Rick Middleton's number The Pro Football HOF to try to force inductees to attend the ceremony? »