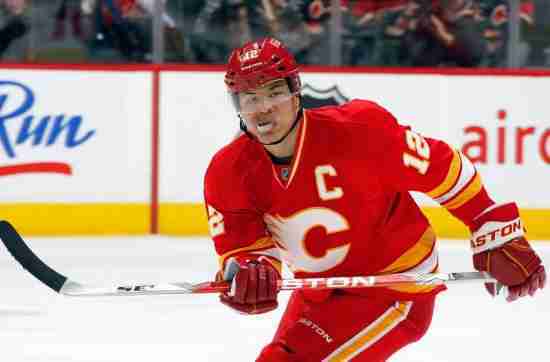 We have a major retirement to talk about in Hockey as Jarome Iginla has announced that he is retiring from the game after a very successful 20 year career.

In the 2001-02 season Iginla was the NHL’s leading scorer, while also leading the league in Goals. He would be name a First Team All Star and while he was the runner-up for the Hart Trophy, he did win the Lester B. Pearson Award, which is the MVP as awarded by the players of the National Hockey League. Two years later, Iginila would become the Flames Captain, which historically speaking made him the first black Captain in the NHL history. That season, Iginla took Calgary to the Stanley Cup Finals, though they would go down to defeat to the Tampa Bay Lightning.

Iginla would never see the Stanley Cup Finals again but he was still an elite player. In addition to the 2001-02 season where he was first a First Team All Star, he would receive that accolade two more times (2007-08 & 2008-09). He was also a Second Team All Star in the 2003-04 Season. Iginla would later play for Pittsburgh, Boston, Colorado and Los Angeles.

While he never won a Stanley Cup, Iginla was a major force on the International scene where he was a two time Olympic Gold Medalist twice (2002 & 2010) and the World Cup (2004).

Iginla retires with an even 1,300 Points and is the leading score all-time in Flames history.

In our eyes and many others, Iginla is likely to enter the Hockey Hall of Fame on the first ballot and he is likely to be ranked number one on our Notinhalloffame.com list.

We here at Notinhalloffame.com would like to wish Jarome Iginla the best in his post-playing career.