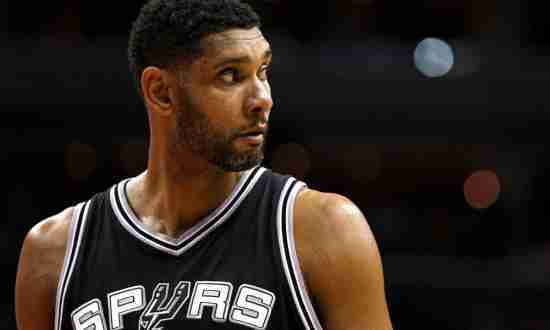 We have another major update here at Notinhalloffame.com as our Basketball list of those who should be considered for the Naismith Basketball Hall of Fame has gone through a significant revision.

Last April during the Final Four, 4 of our top 10 were selected (Steve Nash #1, Jason Kidd #2, Ray Allen #3 and Grant Hill #5), as was another former player in our top 15 (Maurice Cheeks #15). With four leaving our top five, the peak of our list is being overhauled but it will feature three new entries in the top three who we think will make the 2019 Basketball Hall of Fame Class the most loaded ever as we think they are all a lock to get in.

Before we get to our revised Notinhalloffame.com Basketball list please note that we only rank male players at this time.

Our Notinhalloffame.com Basketball Top Ten is:

Tim Duncan makes his first and what we expect his last appearance on our list at the top spot. Duncan did it all in the NBA winning the MVP twice and the NBA Championship five times in a career spent entirely with the San Antonio Spurs. Duncan would go to 15 All Star Games, was chosen for 10 First Team All-NBA and 8 First Team All-Defensive rosters. He is also in the top ten in Rebounds, Defensive Rebounds, Blocks, Win Shares, VORP and Games Played not to mention being a consensus All-American from Wake Forest.

It takes a player like Tim Duncan to have a megastar like Kobe Bryant debut at #2. Bryant played his entire career with the Los Angeles Lakers and he is a five time NBA Champion and one time MVP. Bryant retired third all-time in Points. While we feel Duncan was the better player than Bryant there is no doubt that both are first ballot inductees. We would take Tim over Kobe but the Naismith Basketball Hall of Fame won’t see it that way. Kobe is the bona fide headliner.

Kevin Garnett arrives in at #3. Amazingly despite being a former MVP himself, a Defensive Player of the Year, and a 15 time All Star he is still behind Duncan and Bryant. Garnett was a legend with the Minnesota Timberwolves but late in his career he led a group of veterans to a NBA Championship with the Boston Celtics. He is currently 2nd overall in Defensive Rebounds and 4th in VORP. This is quite the “big three” for the Class of 2019 right?

Chris Webber returns at #4. C-Webb was a Finalist last year but will face the same stiff competition in 2019. The former Rookie of the Year is a five time All Star.

The #6 spot also holds the same as Jack Sikma returns to that slot. The big man from Illinois Wesleyan was a seven time All Star and a former NBA Champion with the Seattle Super Sonics.

Ben Wallace moved up from #8 to #7. Wallace was a four time All Star and a four time Defensive Player of the Year and was part of the shocking Detroit Pistons team that won the 2004 NBA Championship.

Shawn Kemp also moved up one spot to #8. Kemp was a six time All Star and three Second Team All-NBA Selection.

We go way back for our #9 selection, Max Zaslofsky who also went up one rank. Zaslofsky was an All Star in 1952 and was a First Team All BAA selection three times in the late 1940’s.

For the first time, Mark Aguirre is in our top ten. He moved up one spot from #11. The longtime Detroit Piston is a two time NBA Champion and three time All Star.

There is one more entry to our Notinhalloffame.com Basketball list as Elton Brand debuts at #50. Brand is a former ACC Player of the Year and two time All Star.

Take a look at our new list cast your votes, and offers us your opinions as they help us in future lists.

As always, we here at Notinhalloffame.com thank you for your support and we will be bringing to you more lists and content in the future.

More in this category: « Jason Witten Retires Bill Cosby kicked out of two Halls of Fame »