Our 2017 Basketball Revisions are Complete! Jason Kidd to #1 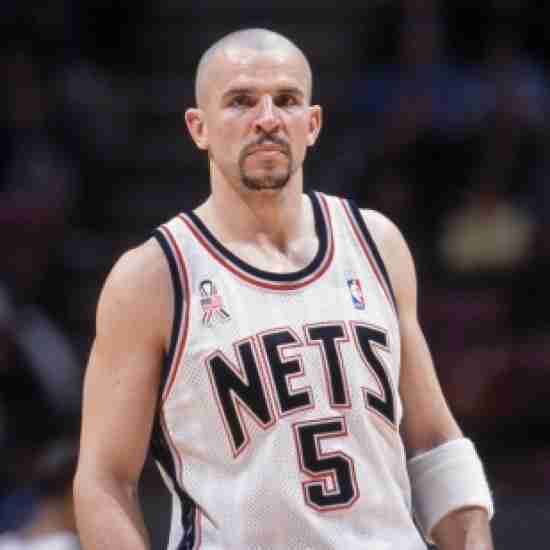 09 May
2017
Not in Hall of Fame
As always with us at Notinhalloffame.com it is always a continuing process!

When one Hall of Fame Class gets in, we need to look at updating our respective lists.  As such, we are proud to announce that we have updated our Notinhalloffame.com Basketball List.

The recent class only claimed two former players off of the ranking, Tracy McGrady (#2) and George McGinnis (#12) but there are quite a few former players who we feel are deserving of a rank and much like the other lists, we have plans to increase the number from the even 100 to 200.  For now, we now have a less than perfect number of 106, but that will only be a temporary number.

Let’s get to the new rankings shall we?

Although our #1 was not chosen, we have a new star at the top of our perch.  Five time First Team All NBA Selection Jason Kidd debuts at #1.  The current coach of the Milwaukee Bucks is a ten time All Star and is currently #2 all-time in Steals and Assists.

Chris Webber was ranked #1 last year, and he drops to #2.  We have been long since championing Webber for the Hall, and while he did not get selected last year, he finally was named a Finalist for the first time, which at least gives us reason to be optimistic.

At #3, we have another new entrant, Grant Hill.  A two time NCAA Champion at Duke, Hill was a major star in the NBA, tallying seven trips to the All Star Game, until severe injuries took him off of that level, though this is still a man who played 18 years in the NBA.

While there are many new entrants, only Jason Kidd and Grant Hill crack the top ten.

Sidney Moncrief dropped two spots to #5.  While he dropped here (mostly due to the eligibility of Kidd and Hill) he is coming off being named a Finalist.

Two time NBA Champion with the Detroit Pistons, Mark Aguire tumbled from #5 to #9.  Aguire was also a three time All Star.

Tim Hardaway completes the top 10.  Hardaway, a five time All Star was a Finalist last year.

There are additional new entries to discuss.

The master of the technical foul, Rasheed Wallace enters at #22.  Wallace was a star for both Portland and Detroit, the latter of with he helped take to an NBA Championship.

Two time All Star Jerry Stackhouse debuts at #49 and bookending the #50 rank is new entry Marcus Camby.  Camby’s rank is a little interesting considering he was never an All Star, but he is a former two-time Defensive Player of the Year and also won the Naismith College Player of the Year when he was at UMass.

The updated list can be found here and we encourage all of you to vote and state your opinions!
Last modified on Wednesday, 10 May 2017 02:58
Tagged under
Tweet

More in this category: « Time to Vote! Our Fictitious Athlete Hall of Fame has announced the Semi-Finalists! RIP: Yale Lary »