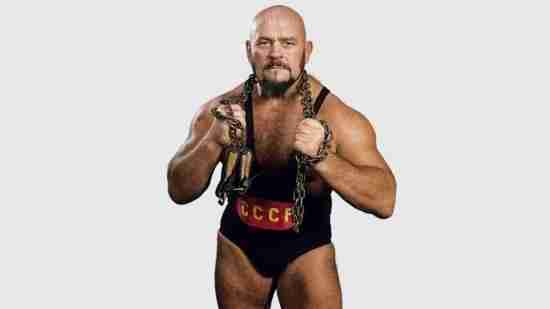 George “The Animal” Steele, a member of the WWE Hall of Fame, passed away at the age of 79.

“The Animal”, born Jim Myers, was a native of Detroit, Michigan and played college football at Michigan State.  He would later become a teacher, but like many college football players he would turn to professional wrestling where in his home city he donned a mask and performed as “The Student”.  It wasn’t long before he caught the attention of Bruno Sammartino, the World Wide Wrestling Federation Heavyweight Champion and owner of the Pittsburgh territory.

Losing the mask, Myers would adopt the George Steele name in Pittsburgh and became a wild in ring wrestler, using foreign objects yet still showcasing technical ability.  Steele would join Bruno in the WWWF and would feud with Sammartino for the WWWF World Title, performing in numerous sold-out shows in the Northeast.

The WWWF would remain his home for decades and the Animal would go up and down the card and would later challenge Pedro Morales for the World Title, and Sammartino again when he regained the championship.  When Vince McMahon Jr. took over the reigns of the newly named World Wrestling Federation, he had Steele become more Neanderthal like and he would speak only in monosyllabic gibberish.  Steele would receive title shots against Hulk Hogan, but despite his numerous high profile matches, it was his face turn on the first Saturday Night’s Main Event for which he is best known for.

Steele would become a beloved fan favorite and would notable feud with Randy “Macho Man” Savage for the Intercontinental Title, and for the affection of Elizabeth.  He would end his in ring career in 1988, though would sporadically return on camera on occasion.  He was inducted into the WWE Hall of Fame in 1995.

Born Oreal Perras in Montreal, Quebec, Canada, Koloff would begin his career as Red McNulty, only to become one of many kayfabe Russians.  Billed from Ukraine, “The Russian Bear” would enter the WWWF in 1969 and would become the World Champion, ending the seven year plus reign of Bruno Sammartino.  It was a brief reign as Koloff would hold the belt for under a month losing it to Pedro Morales, but it cemented him in WWE folklore.

In and out of the WWF throughout the 1970’s, Koloff would have a more famous run in the NWA, most notably in the 1980’s as the leader of the Russians, a stable consisting of himself, his “nephew”, Nikita Koloff and Krusher Khruschev.

Koloff’s name had been thrown about for the WWE Hall of Fame, though he has yet to be selected.

We here at Notinhalloffame.com would like to extend our condolences to the friends and family of George Steele and Ivan Koloff at this time.
Tagged under
Tweet

More in this category: « Teddy Long named to the WWE HOF The 2017 Basketball Hall of Fame Finalists are announced »