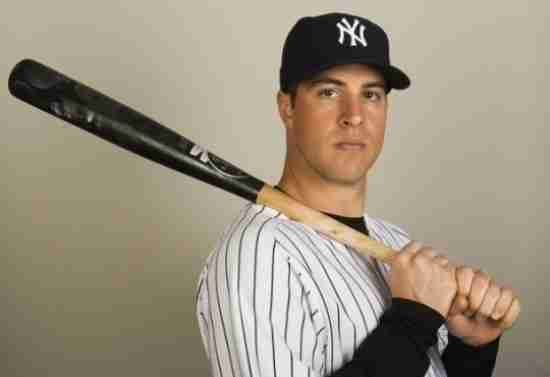 New York Yankees First Baseman, Mark Teixeira has announced that this season will be his last in Major League Baseball.  At the start of the season had stated that he hoped to play another five years but as of this writing he has a Batting Average of only .202 and a bWAR under zero and Teixeira has cited that the body is no longer willing.

Teixeira will retire with some very interesting statistics, some of which reflect a Hall of Fame career, some if which do not.

A lot has been made of being one of the few members of the 400 Home Run/5 Gold Gloves club, a very impressive display of power and defense.  He has been chosen for three All Star Games, won three Silver Sluggers, and has a chance to finish with 1,300 career RBIs.

Sabremetrically speaking he is in the conversation with a 52.2 bWAR and 45.1 JAWS, numbers that are nearly identical to another, that of Fred McGriff, who appears to be on the wrong end of the Hall of Fame discussion.  It also does not help that Teixeira will finish below 2,000 Hits, a key traditional metric and his career Batting Average of .261 does not blow anyone away.

At first glance, this appears to us as a player who will merit discussion, and from our end possibly debut in the 25 to 35 range on our Notinhalloffame.com baseball list.

But that is all this is…a first glance.

We have some years to debate this Baseball Hall of Fame candidate, but that is not what is important now.

Let’s thank Mark Teixeira for his outstanding career, and enjoy the two more months we can watch him play.
Tagged under
Tweet

More in this category: « The Hockey List has been revised, Teemu Selanne now #1 A quick look at the Pro Football HOF ceremony »

0 #1 Darryl Tahirali 2016-08-08 20:20
Definitely a bubble candidate, so he'll generate some discussion. However, he is stuck in the pack of very good first basemen without any gaudy numbers or accomplishme nts to make him stand out at a position that is hardly underreprese nted in the Hall.

Unfortunately, health and injury problems put the kibosh on any serious Hall of Fame consideratio n. I don't see him getting in, and I don't think that is an injustice. Still, for a hitter with less than 2000 hits, it is impressive that he got to 400 doubles and 400 home runs.
Quote
Refresh comments list
RSS feed for comments to this post