Fred McGriff elected to the Baseball Hall of Fame 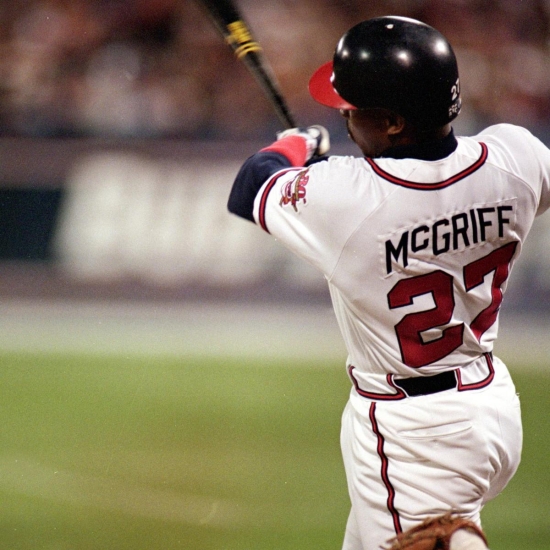 McGriff, who played First Base, was a five-time All-Star, received 39.8 percent in 2019, his last year on the writer’s ballot, but this committee is more player driven.  He had 493 Home Runs, and likely would have had 500 had there not been a strike in 1994, likely would have had 500.  McGriff’s induction was largely predicted my many (including us), though the 100% tally is a little bit of a surprise.

Finishing second was Don Mattingly, who had eight votes.  Arguably the greatest New York Yankee to have never won a World Series Ring in the Bronx, Mattingly won a Batting Title (1985), twice led the AL in Hits, and had a lifetime Batting Average of .307.  He is also a nine-time Gold Glove winner and three-time Silver Slugger.  Ranked #35 on Notinhalloffame.com, “Donnie Baseball” was on the ballot for 15 years with his peak coming in year one (28.2%) in his first year (2001).

Curt Schilling was in third with seven votes.  Likely ousted on the regular ballot due to his anti-media stance and right-wing beliefs, Schilling failed to make it past the ten years on the ballot, peaking on his penultimate year, 2021 with 71.1%.

Former two-time MVP, Dale Murphy has six votes.  Ranked #30 on Notinhalloffame.com, Murphy was on the ballot for 15 years, with his highest tally coming in 2000 (23.2%), Murphy’s second year on the ballot.

Albert Belle, Rafael Palmeiro, Barry Bonds and Roger Clemens received four or less votes.  We do not know how many (if any) these former players received.  In the case of the latter three, it is an indictment that the PED-associated players have an even tougher road than they had with the writers.

McGriff will be inducted along with the rest of the inductees this summer.  Please note that we will not be revising our Notinhalloffame.com Baseball list until the conclusion of the Modern Ballot.

We here at Notinhalloffame.com would like to congratulate Fred McGriff for earning this prestigious honor.