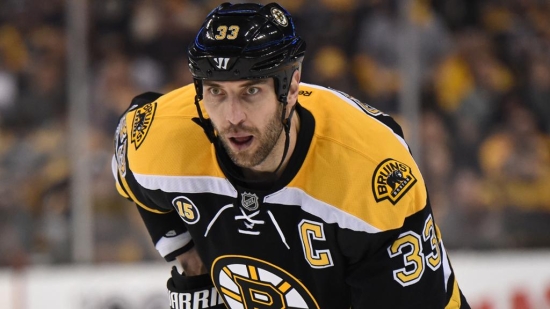 We could argue that this is one of the biggest retirements in Hockey history.

Standing at 6’9”, Slovakia’s Zdeno Chara signed a one-day contract with the team he had his greatest success, the Boston Bruins, where he officially ended his career.

Born in the former Czechoslovakia, Chara was a Third Round Pick in 1996 by the New York Islanders, but while he made the team a year later, he never figured into their long-term plans.  A trade to obtain the disgruntled Alexei Yashin sent Chara to Ottawa, and it would be evident in a few years that it was the Slovak Defenseman who was the best player in the deal.

With the Senators, Chara developed on the offensive side, utilizing his size and booming shot to become a fear attacker, while controlling his own blueline.  Chara moved to elite status in Ottawa, earning his first post-season All-Star honors (First Team in 2004 and Second Team in 2006) and was the anchor of a potent Sens team, but as this was a small market, Chara’s skills soon exceeded what Ottawa could pay.

Chara signed with the Boston Bruins in 2006 and as good as he was in the Canadian Capital, he was even better in New England.  Named the Captain as soon as he arrived, Chara played for Boston for 14 seasons, collecting five more post-season All-Stars, along with the coveted Norris Trophy as the NHL’s top defenseman in 2009.  He led Boston to win the 2011 Stanley Cup, holding it higher than anyone else, and did so in the same year he won the Mark Messier Leadership Award.

Chara finished his career into his 40s, with a season each in Washington and the New York Islanders.

Chara retires with the most Games Played by a Defenseman (1,652), and set records as the oldest Defenseman to score in the playoffs.

Internationally, “Big Z” won Silver as a representative of Team Europe in the 2016 World Cup of Hockey with two Silvers for Slovakia (2000 & 2012) in the World Hockey Championships.

Chara will be eligible for the Hockey Hall of Fame in 2025, and is an excellent bet for first ballot entry.

We here at Notinhalloffame.com would like to wish Zdeno Chara the best in his post-playing career.

More in this category: « The Pro Football Hall of Fame announces the 129 Preliminary Nominees for the Class of 2023. P.K. Subban Retires »